Carrigtwohill United Under-14’s came away from Moneygourney with all 3 points after a battling performance against league leaders Douglas Hall on a bright Sunday morning.

The visitors took the lead on 8 minutes when Rian Thornhill arrowed a beauty into the top left corner from 20 yards. Douglas Hall replied within a couple of minutes to draw level when the Carrigtwohill defence failed to clear their lines.

The home side guided the ball around the pitch but couldn’t penetrate as it became a game of cat and mouse with United having to concede a lot of possession. The midfield of Roan O’Keeffe, Tom Walsh and Cillian Rooney worked tirelessly to counter the slick passing game of their opposition and when Rooney won a free kick in the middle of the park Jarlath Cullimore floated in a ball that eluded everyone but not the razor sharp Thornhill who was onto it in a flash to coolly finish and put his side 2-1 up.

Carrigtwohill continued to work hard and pressure every ball and 5 minutes later Morgan Foley had a goal all of his own making after his persistence forced the Hall defender into a mistake, the right winger held his nerve to lift the ball over the out rushing keeper.

The second half continued in similar fashion as the home side probed for a way back into the game but a well marshalled defence of Niall Barry, Cathal Seymour along with Cullimore and Osas Aghedo (deputising at left back) held firm under the guidance of Adam Lee in goal. Douglas Hall were thrown a lifeline when they were awarded a soft spotter with 20 minutes remaining. The fresh legs of the two Noahs relieved Foley and Kyle Kidney who both put in a great shift on the flanks and Carrigtwohill were well worth the 3 points as they continued to shut out the table toppers.

Best for Carrigtwohill were Adam Lee, Osas Aghedo and Rian Thornhill but man of the match goes to Tom Walsh who was the epitome hard work in the middle of the park.

Player of the Match: Tom Walsh 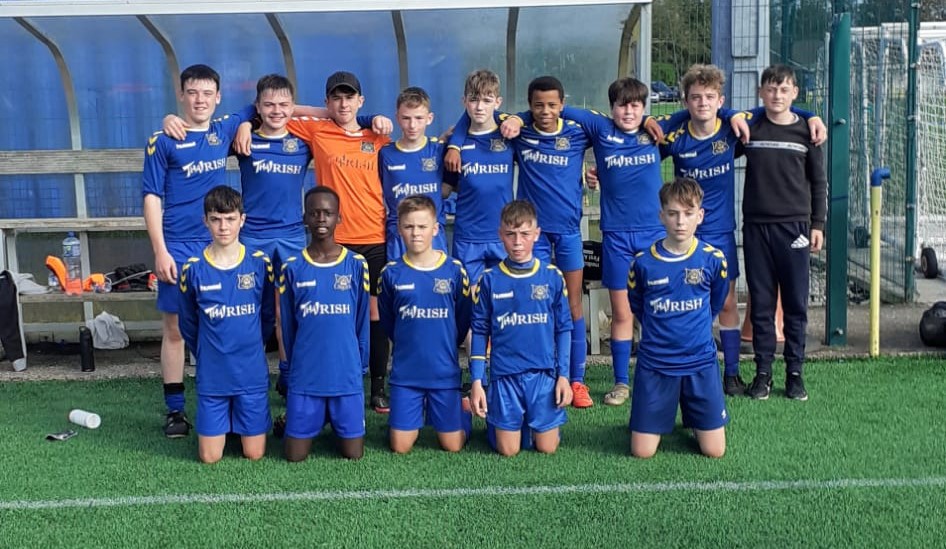