Under-13 CWSSL at Balea Park

Matchday 3  finally arrived for the CUFC Girls Under-13 squad which was an away trip to Carrigaline Town on their newly re-surfaced Astro Turf pitch.

CUFC started with Emily in goal and a very solid back four of Megan, Brooke, Claire and Caitlyn. The all action central midfield pairing of Anna and  Maedbh drove the team on relentlessly. On the wings we had Caoimhe and Sarah working hard. Up front there was Lily and Amelia. Lily would finish the game with five goals and player of the match but special mention must go to her strike partner Amelia who had her best game yet in a Carrigtwohill jersey, she constantly hurried the Carrigaline defence leaving them no time to settle. Amelia didn’t score today but the goals will come for this young lady on other days.

Then, on 17 minutes Lily scored a fantastic opening goal and quickly followed it with an expertly taken free kick from outside the box. She then rounded off her hat-trick with another superb goal.

Management made changes with Niamh and Ellen coming on for Sarah and Caoimhe who themselves had a good game. The forward line was then replaced by Juliet and Majka who both were superb in keeping the Carrigaline Town defence pinned back.

Halftime came and it was 3 nil to the visitors. Carrigtwohill kept the pressure up but found the fourth goal hard to come by. Megan Kavanagh, Laura and Karla were then introduced to rest some very tired Carrigtwohill bodies.

With ten minutes remaining, the management threw on the lethal strike force of Lily and Amelia who started back where they left off and Lily scored two goals in three minutes.

A Carrigtwohill corner just before full-time was cleared out to the edge of the Carrigaline box and up pops their ever dependable full back Caitlyn Egan with a very composed finish to the bottom right hand corner of the Carrigaline goal, as sweet a finish as you will find in any game over the weekend.

Special mention to Ellen Bogue and Karla Edwards who made their competitive debuts in a Carrigtwohill jersey.

In summary a fantastic team performance, a huge work ethic in the engine room of the team from Captain fantastic Anna Madden and the tireless Maedbh who left everything on the pitch today.

Finally Maedbh presented Lily with player of the match trophy, no doubt Lily will be presenting it to someone in two weeks time, but who will it be?.

There is a special bond and camaraderie forming between these girls that is going to be very hard to break.

A huge thank you to the parents and supporters who turned out yesterday to cheer the girls on. Also a special thank you to the backroom team and assistant coaches of Clodagh, Lisa, Maria and Sonya.

Player of the match : Lily O’Connell 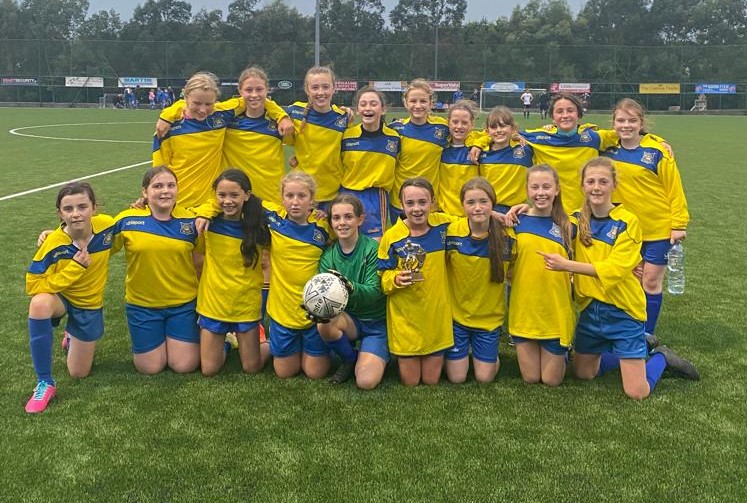 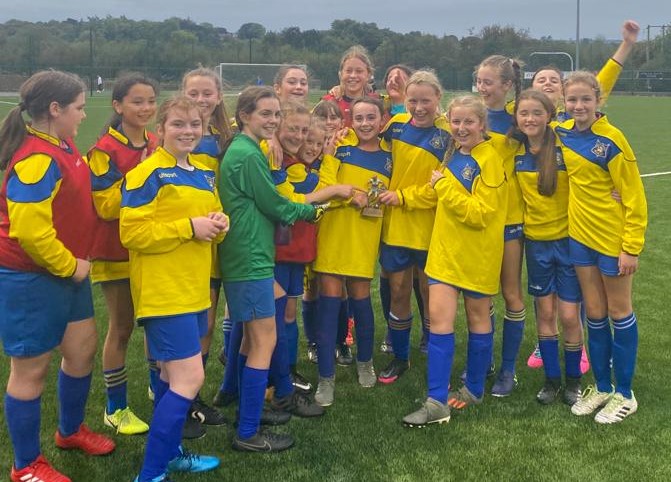 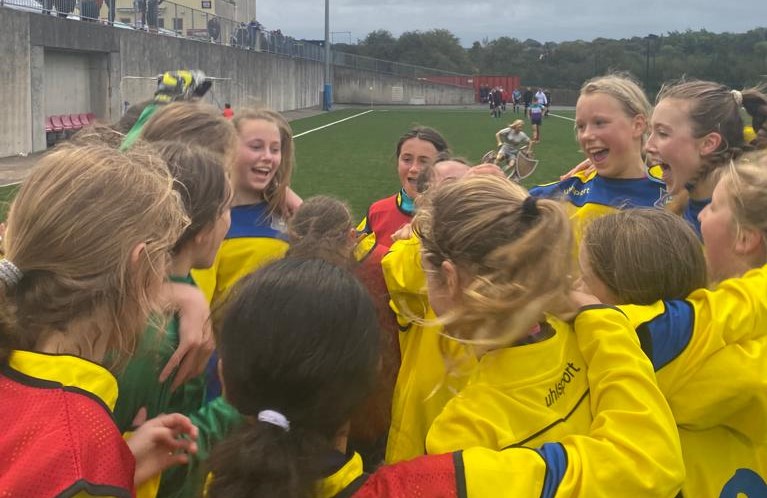 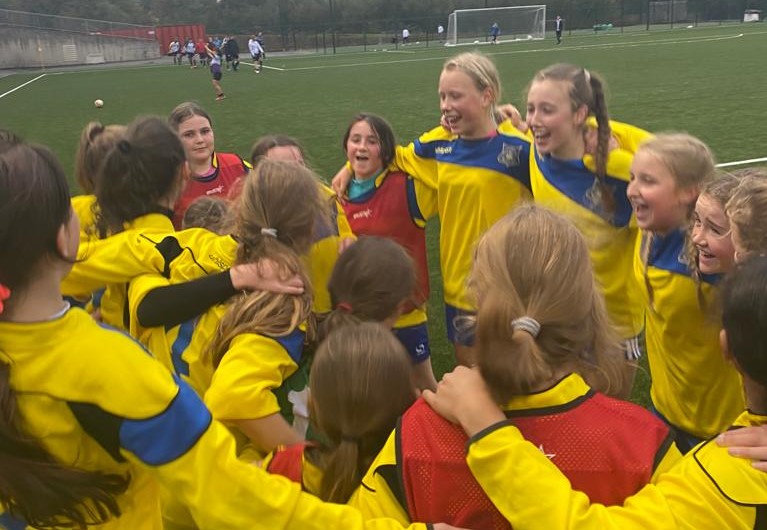