Under-13 CSL Div 2 at Ballyadam

Carrigtwohill welcomed Carrigaline Hibs to Ballyadam for a top of the table clash in Div 2. It was always going to be a tough encounter as both teams had  lost only one match early on in the season and since then they both had been on an incredible winning streak. Squad injuries were a big problem for Carrigtwohill for this particular fixture and some players were coming into the match struggling with their fitness.

A large number of supporters from both teams turned up to create an electric atmosphere as both sets got behind their respective sides.

Carrigtwohill started off brightly. Pol O’Connor got stuck in as usual in midfield breaking down attacks and switching play down the left and right wings. Also in the centre of midfield was Matti Hodnett who was having a huge impact on the game despite carrying an injury into the match. On the left and right wings were Jack Lombard and Eoin Garvey and they were having plenty of success down the wings, taking on players and putting in telling crosses.

Hugh Crowley and Cathal Doyle up front managed to test the keeper a number of times early on in the match. Not only were Carrigtwohill having success down the wings but they were also having success with through balls for Cathal & Hugh to run onto, to create one on one situations with the Hibs goalie.

Carrigtwohill were the better team in the first half and their unrelenting pressure resulted in them getting the lion’s share of the corners in the first half. The first goal came from one of these corners as Conor Nolan crossed in from a well worked short corner with Eoin Garvey which Pol O’Connor bravely headed home to go 1-0 up.

Carrigtwohill didn’t have it all their own way in the first half though, Carrigaline Hibs were a big physically strong team and put a lot of pressure on the Carrigtwohill midfield and defence. It was soon clear that their tactic was to get as many balls as possible over the top and let their forwards run onto it. They did have a few chances in the first half but it was an outstanding performance from Conor Nolan, Dan Guiney, Cillian McCann and Sean Barry who worked together as a formidable unit to keep the opposition at bay. Cal Flavin was in confident form and was well able to deal with any situation when it arose. His distribution was excellent and was able to find player at will with his kickouts to help transition the play.  Rory Nolan and Sophia Redmond were introduced midway through the half and did some great running and tackling to keep the pressure down the opposition wings.

Carrigtwohill came out 1-0 up  for the second half and started lively again. Cillian McCann was very unlucky when one of his headers came off the Carrigaline Hibs crossbar.  But the changes made by Carrigaline Hibs at half time started to make an impact on their performance and they started to create more chances and shots on goal. Midway through the second half they managed to draw level with a well taken shot that left Cal Flavin no chance even though he did manage to get a hand to it but the shot was too powerful to keep out.

The last 15 mins were played at a very high tempo as both teams went in search of a goal to win the tie. It finished up honours even and a brilliant match to watch for the spectators. All the players were outstanding in the match, in the end the man of the match went to Eoin Garvey for his tireless running and a number of key tackles throughout the match. The coaches were extremely proud and impressed with the performance of the team and look forward to the final few matches in the league with hopes still of winning it.

Player of the match : Eoin Garvey 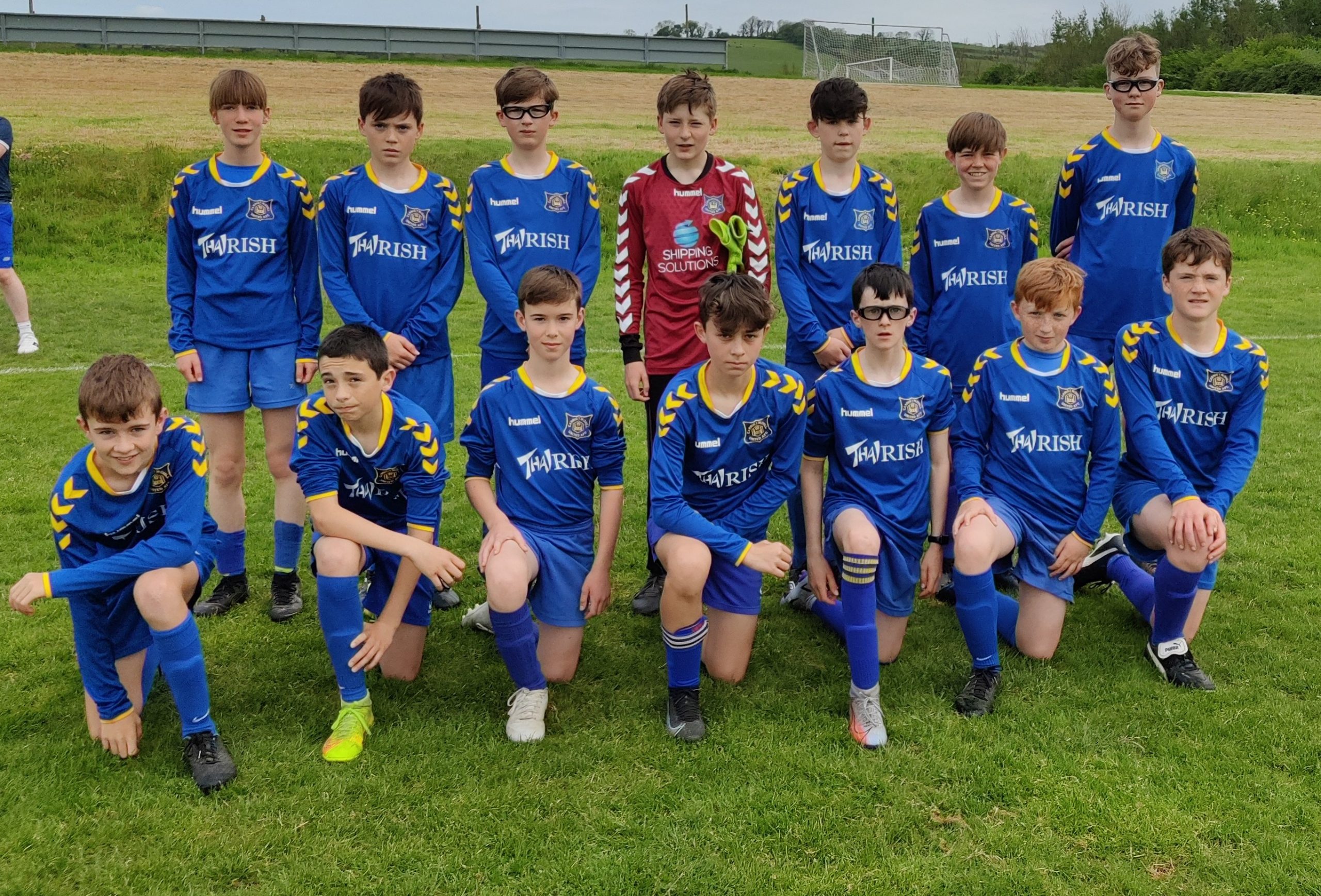