One Sunday lunchtime last, the Under-12A boys took on Passage A in Ballyadam in their latest league game.

The game started very brightly for the boys, going 1-0 up after 4 minutes when Ben Horgan finished off a fantastic move that involved half the team. Unfortunately, the lead only lasted 5 mins, when a free kick wasn’t dealt with and a Passage player was on hand to score. The first half finished poorly with Carrigtwohill conceding two more goals in 2 mins by being caught on the break twice. Passage had their tails up now and were first to every ball.

At half time, there were a few adjustments made to the team and the lads came out with great fight and determination. They moved the ball much quicker and were now really competing for every ball. The lads were inches away from pulling a goal back on a number of occasions before Passage broke quickly up the pitch again to get their fourth of the day.

In fairness to the lads, the result wasn’t great but they can take heart from the way they kept trying their best even when behind, challenging and competing for everything. If they can keep up that effort they will win more than they lose in the future. Player of the match goes to Ben Horgan who was captain for the day. Ben scored but his all round performance was fantastic.

Player of the Match: Ben Horgan 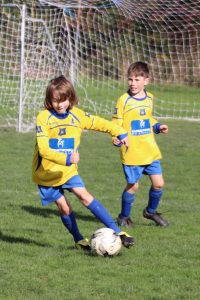 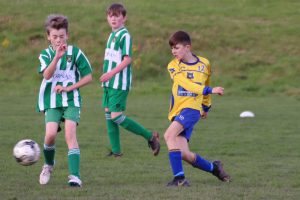 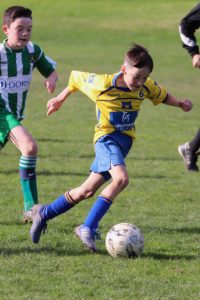 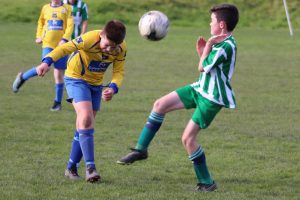 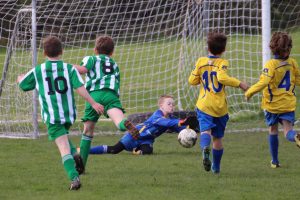 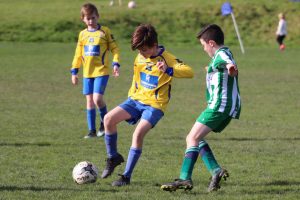 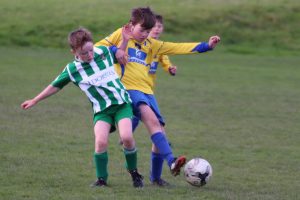 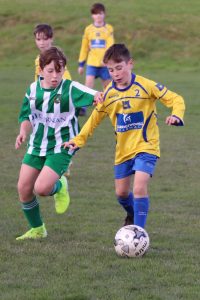