We continued our preparation for next season with our latest 11 a side game away to Midleton A on Thursday night. We took 20 players to the game to help them prepare for full size goals and pitch next season. A lot of our players were playing there first game in a while and others played in positions they were not used to. Midleton, stung by the fact we knocked them out of the local cup earlier in the season, started the better and took an early lead when a couple of our players got caught out of position. Fillip in goals was showing brilliant anticipation to come off his line and deterred numerous Midleton attacks.We started to get a foothold in midfield, especially through Jack’s strong tackling and forward runs. Unfortunately we conceded a soft 2nd goal when poor defending left us down. We managed to fight back and got the goal our improved play deserved, when a great  ball played through the middle by  Cillian was taken on by Cian to beat the keeper. Half time: 2-1. 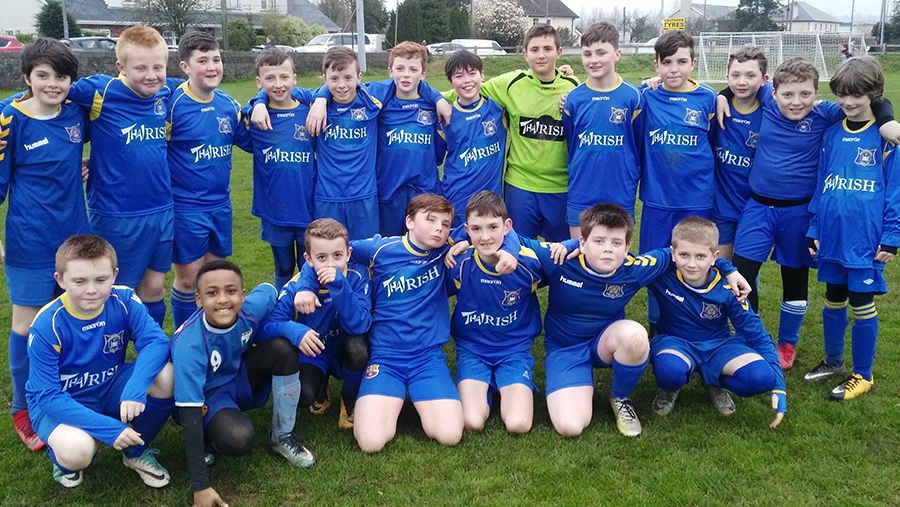 We improved in the 2nd half even though we got caught with a sucker punch of a goal to go 3-1 down. Back we came again and Cillian Mc finished well to make it 3-2. Fillip in goals was keeping us in the game with some outstanding saves. Unfortunately we conceded another soft goal after we failed to clear a corner. We managed to pull one back from a corner ourselves when Corey smashed a shot into the corner. Try as hard as we did we couldn’t find an equaliser and conceded an OG in the last minute. 3-5 full time.

A big learning curve tonight for the lads.They need to realise that the work rate and positional sense has to improve big time to be able to compete on the bigger pitch.

Man Of the Match Fillip Gawblowski- An outstanding performance from our ever improving goalie who despite playing in full size goals pulled off some unbelievable saves.

Player of the Match; Fillip Gawblowski