You are here: Home / homepage silder / U12 V Bandon 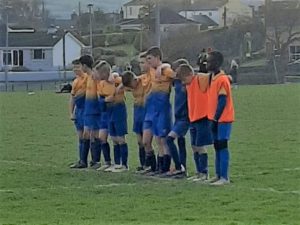 Carrigtwohill United Under-12’s travelled to Bandon for a Sunday lunchtime kick-off in the Local Cup. This encounter can only be described as a rollercoaster cup tie which saw non-stop action from the first minute to the last including extra time and penalties.

Captained by Evan O’Regan O’Connor it was the visitors who were quickly out of the blocks and ahead in the second minute, their slick passing football catching Bandon cold.

Jarlath played the ball out of defence and midfielders Roan and Tom combined to release Cillian, who finished smartly past the on-rushing keeper. Adam Lee in goal for Carrigtwohill would produce some fine saves to ensure they held their lead at half time.

On 41 minutes Carrigtwohill doubled their lead when Roan O Keeffe floated in a free kick from the right, the ball eluded everyone and ended up in the Bandon net despite the defender’s best efforts. The home side now with nothing to lose threw everything at the Carrigtwohill defence and pulled a goal back with 13 minutes left on the clock.

The away side responded and had chances of their own to put the tie beyond Bandon but for some brave goalkeeping. With the clock ticking down and Carrigtwohill having seemingly done enough to progress Bandon had other ideas and would grab an equaliser in the dying seconds to force extra time!

The additional twenty minutes would see no further goals although Cillian, Rian and Tom came close and so the brutality of a penalty shoot-out ensued.

Our 5 brave warriors stepped up to the mark and despite two world class saves by Adam Lee Carrigtwohill would be defeated 3-2 on spot kicks.

A magnificent effort today, very proud of you all. 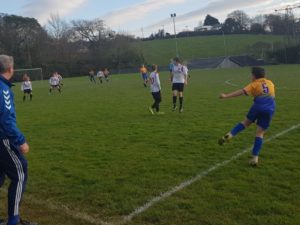 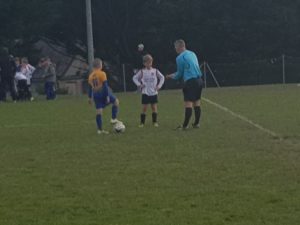 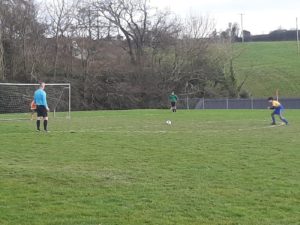