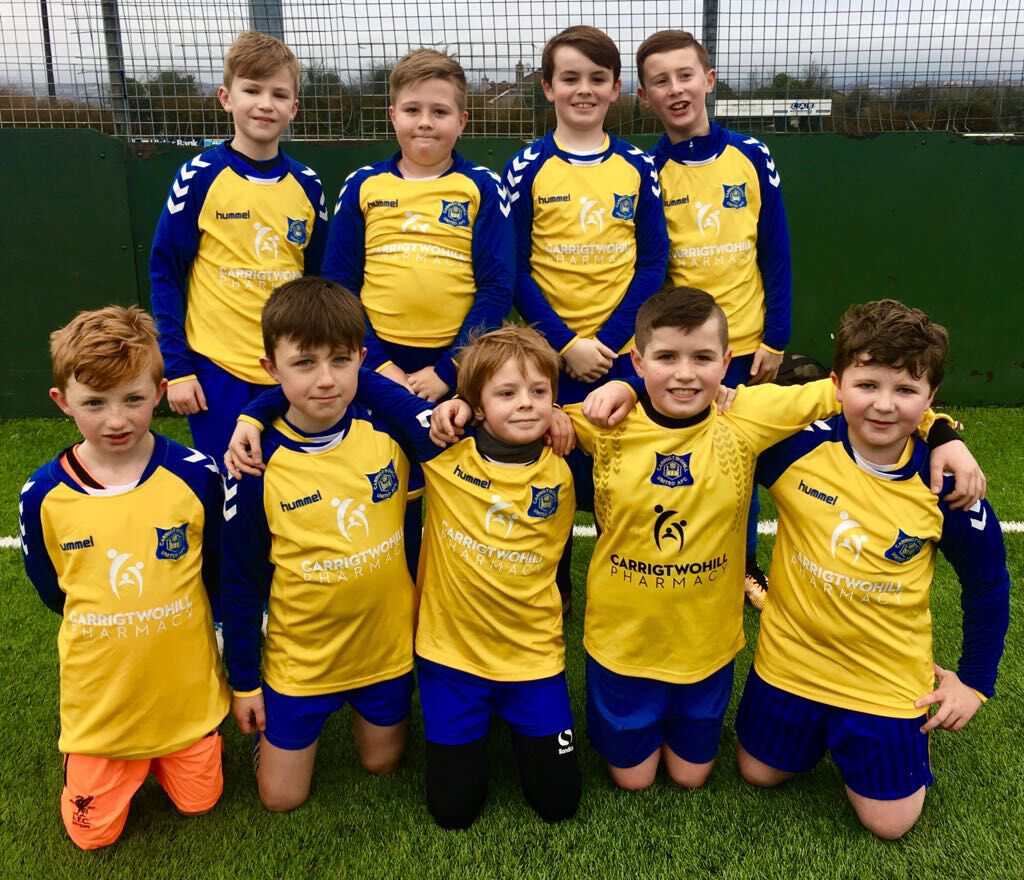 Match 1 College Corinthians 7 Carrigtwohill United 9
We went to Corinthians for our friendly match. We had 2 teams of 7 aside with 2 rolling subs in each. From the start our lads dominated both matches with a defined drive to impress. We did what we had to do by hitting the front running with quick goals. In the first match Alex O’Sullivan duly took advantage of the under pressure Corinthians side to slot in 2 quick goals. We had a solid back line marshaled by Colm Harte  and Daniel McCarthy. Other goals came from Daniel McCarthy, Noah O’Neill and Luke O’Sullivan. Overally Colm did enough to be nominated by kids (Man of the Match) as a center back, right back, defensive midfield and right winger in a match where we rotated players as much as possible to learn different playing positions.

Match 2 College Corinthians 9 Carrigtwohill United 4
Scores: Ethan Collins 2 , Leslie, Edwards, Brian Heally
The aim was to play the lads in several different positions. We went 2-0 down without a natural/usual goalkeeper but came back into the game to finish 4-2 in first half. Second half started well with the addition of a regular keeper Jack Maher. We started well but few mistakes gave our opponents a bigger lead. We scored 2 goals before our keeper limped off injured. A positive start to our second half of the season where Ethan Collins scored twice and Brian Heally added another with Leslie Edwards getting the fourth goal

Player of the Match; Ethan Collins