In the First team game we started brightly with our evergreen midfield pairing of Rolie and Amany winning everything in the middle of the park . It didn’t take long before Rolie Durango carved open their midfield,  worked his way past few defenders before blazing the ball over the bar. Blarney looked dangerous on counter attack with our back three of Colm, Jayden and Leroy constantly getting the rescue from the industrious midfield duo. Our resolute midfield and quality going forward took the center stage as we won most duels in important areas. Didn’t take long for Rolie to get an individual goal, followed by Rory Dolan. A moment of lapse in defence saw Blarney draw one back. With 2-1 up going to half-time and playing against the wind , Blarney were favorites. But few player movements brought out the quality on the ball form our ball players in midfield . Neat interchange of passes saw Rory Dolan score a typical striker goal before Alex O’Sullivan weighed in with a tight angle finish from a corner kick. Blarney had some neat skillful players that just found our midfield tough to breakdown despite pulling one back. Jayden now playing in midfield found his feet to dribble past players at will to cap it with a fine left foot finish on a day  where Colm did most of the defending without complaining to earn himself a Man of the match award. Match ended 5-2 to Carrig. 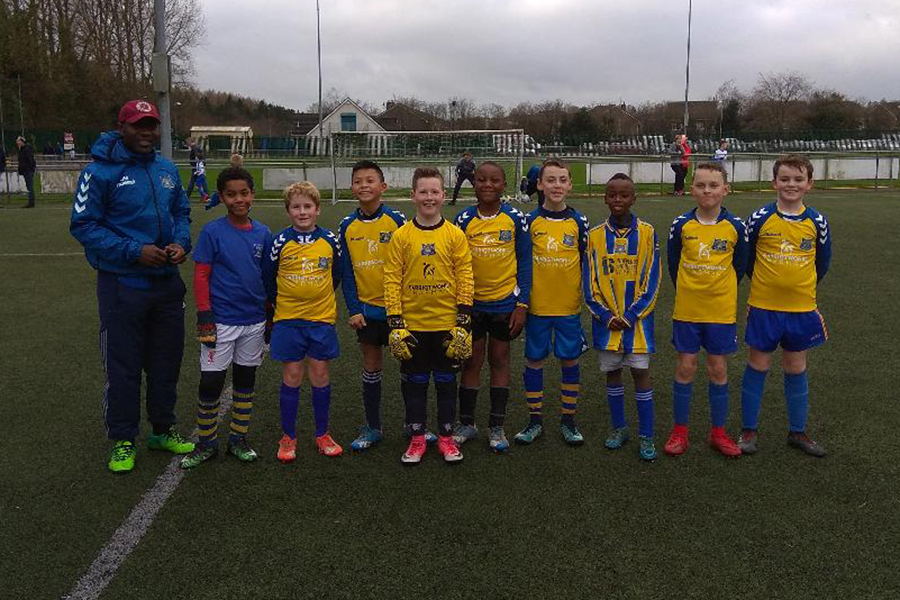 In the other two matches.
The side captained by Sean Kenny started slowly with two missing players. Despite the deficit they stood their own to go for a break trailing by two goals to one. Ethan Collins stood strong alongside Sean.  Ende Cungulo.made most runs up the wing to support Kevin and Ryan Fitszimons. Tiring legs without subs saw the side finish on a narrow loss to Blarney.

The third side captained by Alex Kingston had an easy ride on the park. The captain led by example taking the game to opposition from midfield and scoring 2. The back-line stood resolute with Brian Healy and Alex Lombard keeping it tight in second half after conceding two goals in first half. Second half was all Carrig as Edras got 1, Noah 2 and Fionn 1 to finish 7-2 to Carrig.