Carrigtwohill United Under-9’s had a great outing away at Rockmount last weekend. It was a cold, windy afternoon up in Whitechurch but that didn’t deter both teams who produced some really entertaining football and showed huge commitment in all matches. 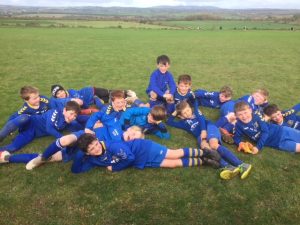 There were four 5-a-side teams on the go so all the players were active all the time and got to play all Rockmount teams. The kids played some great football and what was great from a coaching perspective, was to see the first theme of the year – passing, carried into all matches where the kids played some really nice, passing football. That will stand to this team in the years to come, the more they pass the better team they will become.

Both Carrigtwohill and Rockmount teams played the matches in a great spirit, a terrific first 2018/19 season outing for the young heroes!!