The Carrigtwohill Under-14A’s travelled away to play Lakewood for their second last league game of this season sitting top of the division unbeaten in 5 games and the home side with a chance to secure promotion next season with a win.

Playing on the all-weather pitch on a beautiful morning, the heat and pace of play was going be a  factor but as with most of their games this season they started on the front foot and scored their first goal within 5 minutes through winger Kevin Jones who slotted calmly past the oncoming keeper.

Carrigtwohill managed to keep them in their own half and 5 min later, deadly striker Daniel Mc scored a second goal from close range from a good cross from Daniel Cunningham.

Lakewood had a few players arriving late and were stunned for the next 15 minutes as the game was played at high intensity.

Lakewood made a few changes and grew into the game after the half-time restart. The solid back 4 of Jakub-Luke-Callum-Alex were put to the test for the next 20minutes or so, doing great work protecting their stand in Under-13 keeper Adam Lee. However, Lakewood hitt the post and brought out two good saves from Adam.

Carrigtwohill United then changed the shape of their team to help the dynamic duo of Rory and Brian in the middle, bringing in Adam O’Donovan who broke down many advances form their strong midfielders.

Having only 2 substitutes today and losing Alex O’Sullivan to injury shortly after coming on, the lads had to hang tough for the last 10 minutes, making further adjustments as they paired up their two strikers again in Kieran and Daniel

With just a few minutes remaining a superb long ball from centre back Luke sent Daniel MC on a run down the right, and blasted the ball into the top of the net.

3 goals against a tough side and a clean sheet – all the coaches were very proud of the lads.

Player of the Match: Jakub Malecki 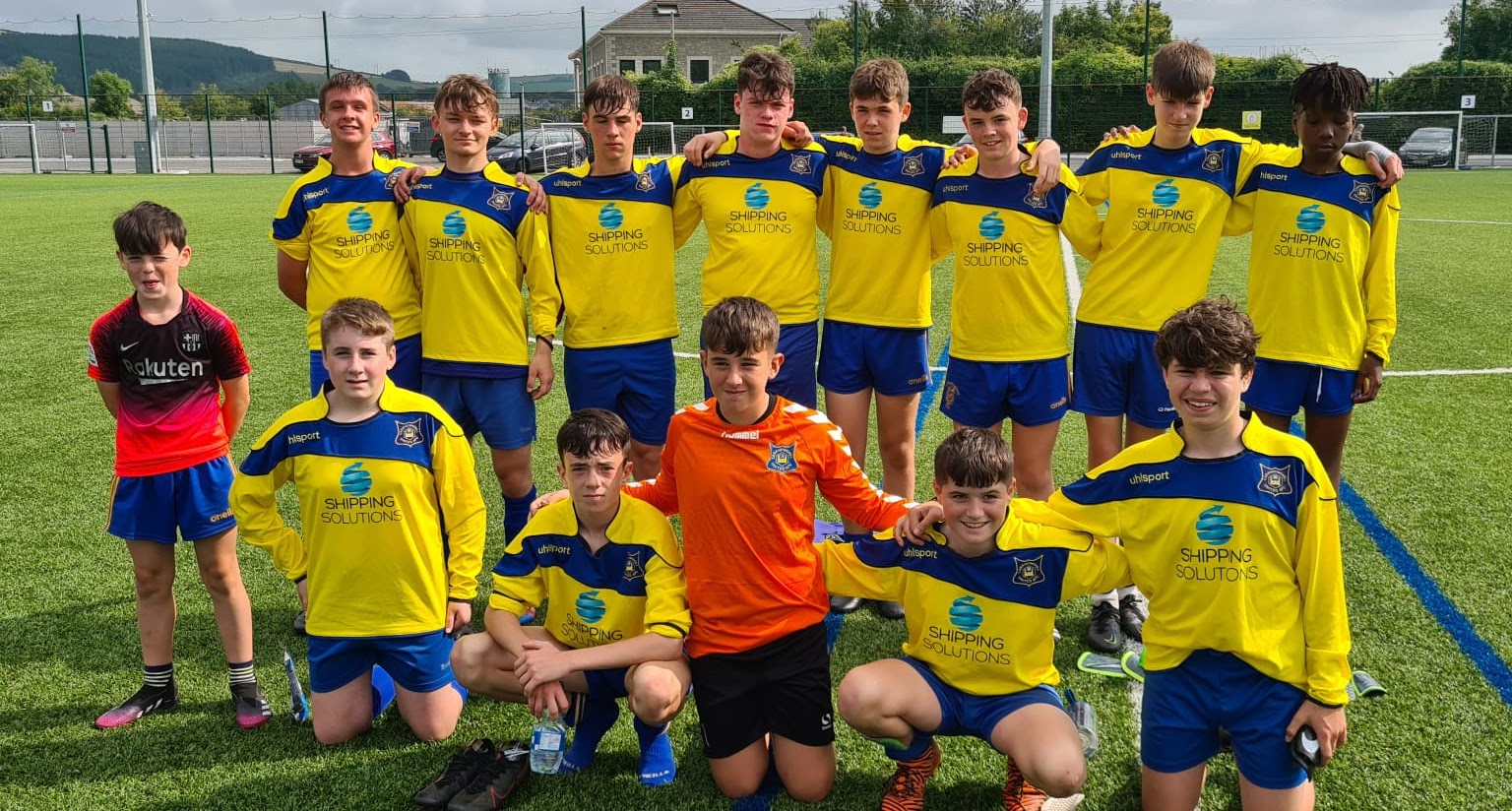