With a starting line-up of only 4 teams, the weather warning in operation did not leave much margin for error and so it happened, only two teams turned up: Carrigtwohill and Douglas Hall.  That was enough for some great soccer action however and the players played their first full hour of soccer ever – a great rehearsal for next year when they start playing the Cork Schoolboy League. 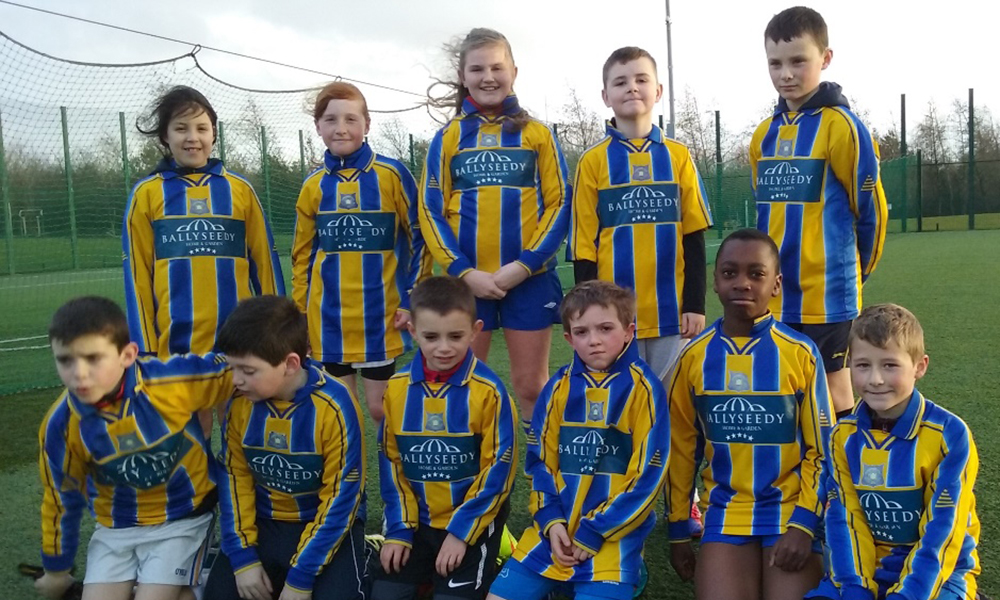 Actually, the level of soccer displayed by both teams was quite amazing. In conditions that were made difficult due to strong lateral wind, but perhaps because they were only two teams and everyone’s attention was focused on that one match, players delivered a great display of passing skills and composure in front of goal. Both panels showed the signs of what will be great team play when they move up to 9-a-side soccer next year. Composure at the back, loads of running in midfield, fantastic goal scoring, equally compelling goal keeping – two handed saves at full stretch – you name it, it was there. Who said you need more than 2 teams for a blitz!!