League leaders Carrigtwohill entertained second place Greenwood at Ballyadam on Sunday morning. With just 1 point between the teams a win for either side would have a huge bearing on who would win the league this year. Carrig showed early nerves and allowed Greenwood have the better of the early exchanges and they were 1 goal up after 10 minutes. Within 2 minutes Carrig had the ball on the visitors net , Billy Manning passed to Brendan Twomey and he scored a great goal from the edge of the box. Carrig were on top for the rest of the half with the impressive pairing of Kevin Coady and Darragh McCann tidying up anything that Greenwood threw at them. 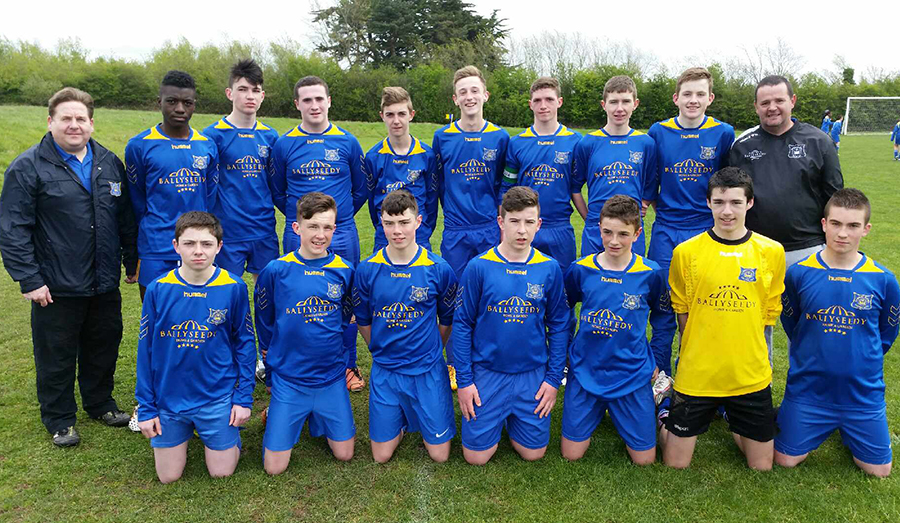 The second half kicked off and Greenwood were awarded a penalty to go 2 – 1 ahead. They had Carrig on the back foot for the next 10 minutes but the home side managed to turn it around when Twomey turned provider and set Philip Dorgan up to score Carrig’s second goal and level the game. This was the lift that Carrig needed and they were good value for their lead when David Grimes passed to Dorgan who scored to make it 3 – 2 to the home side. Carrig looked to have the points in the bag but Greenwood were not giving up without a fight and scored a deserved equaliser with only 2 minutes remaining. This result keeps Carrig top of the table with an unbeaten run of 11 wins and 1 draw.