U16 v Corinthians Boys B

U16 v Corinthians Boys B

Carrig U16’s made it 8 wins from 8 starts when they defeated Corinthians 3 – 1 in Ballyadam on Friday evening. The Carrig lads had the visitors under pressure after 5 minutes when Philip Dorgan put Brendan Twomey through on goal but the ball got away from him and went out for a goal kick. Then Andy Makumbi got the ball on the left wing and hit a great cross into the box for Twomey to score his first goal of the night. Corinthians were level 5 minutes later after they broke through the middle and forced a fantastic save from Ben O Leary but their striker scored from the rebound. Carrig have played some great football this season and this game was no different. The back line of Liam McCarthy, Darragh McCann, Kevin Coady and Jake Holmes were solid all night and dealt comfortably with everything that Corinthians threw at them for the rest of the match. Just before the break Carrig were 2 – 1 when Twomey got on the end of a free kick from McCann for his second goal. 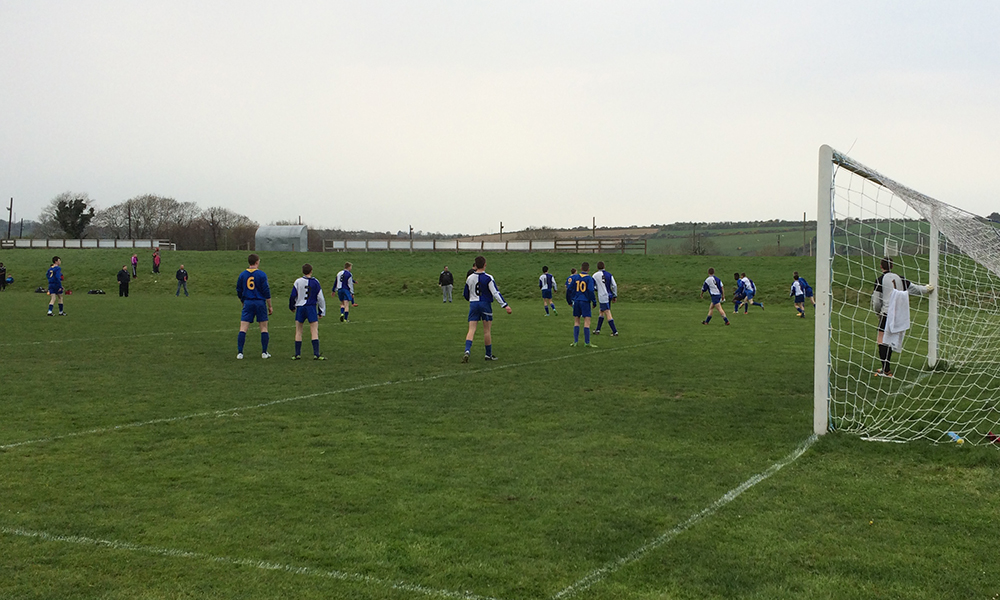 The second half was a tight game as Corinthians went in search of an equaliser but Carrig’s midfield were too strong for them . John Hyde was outstanding on the night , his tackling was stong and his use of the ball was great . With 10 minutes to go he passed to Dorgan who headed the ball onto Brendan Twomey to score his hatrick and  and put the game out of Corinthians reach. Again this was another very good team performance and on the night they were best severed by Coady , McCann , Hyde and 3 goal Twomey. 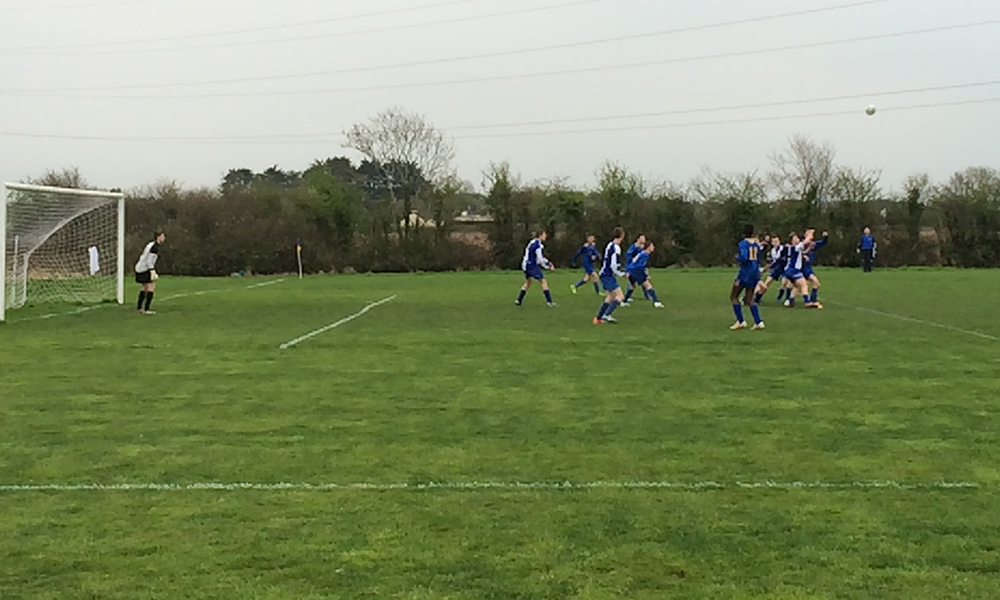