Carrig completed an amazing league campaign today with a win away to league rivals Passage, in doing so have now completed the league season unbeaten, a great achievement by these lads.

This was a must win game for both sides as they both searched for the title. The game was a very well contested game with both teams up for it. Carrig created the opening chance when skipper James Mulcahy who was a constant threat to the Passage back line was put through one on one but the Passage keeper saves well. Carrig looked the more likely to score and they did when John Carroll volleyed home from a weak clearance from a corner. Passage for all their possession were failing to threaten Darragh’s goal. The game was a real battle with both teams cancelling each other out. Carrig’s defence has been key to this sides season as they give up so little opportunities and today was the same as every ball was fiercely contested and Conor Lee was always there to cover up at the back. 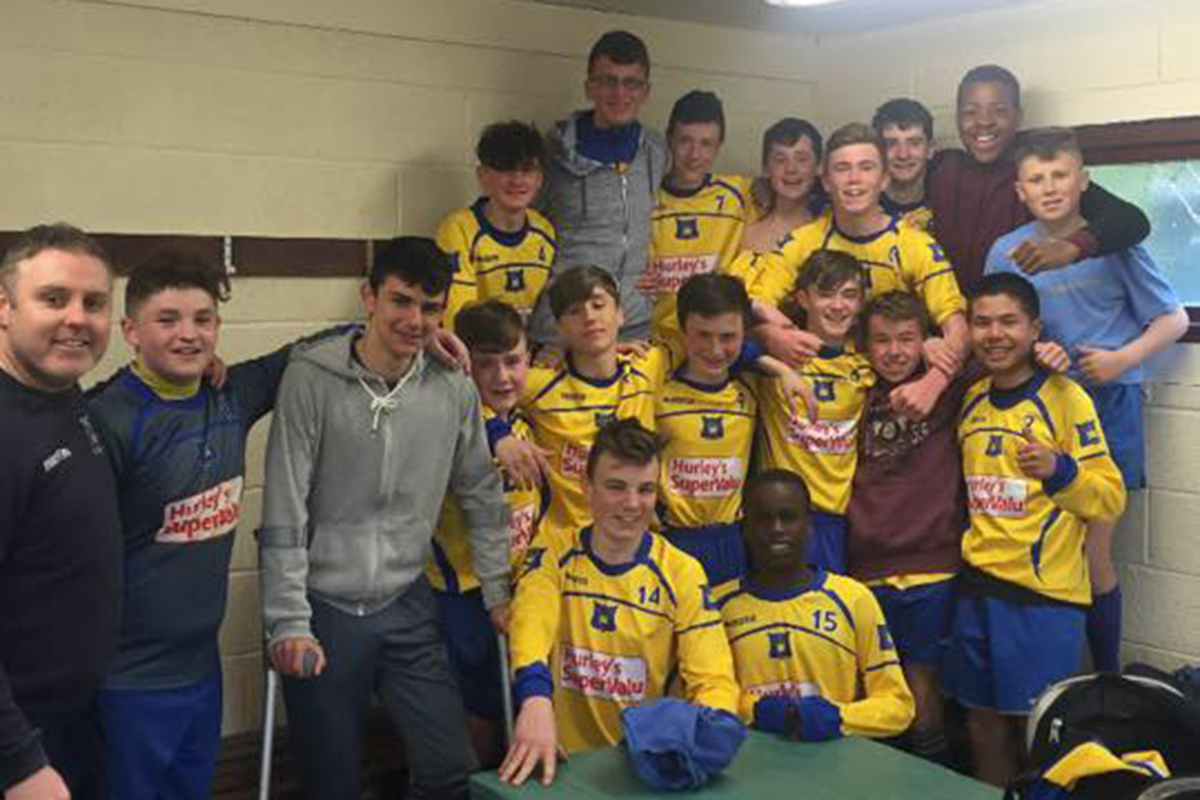 Second was more of the same Carrig threatened to score on numerous times as they were getting a lot more joy in getting in on goal but the security of a second goal never came, twice being denied by a post. Passage looked to take advantage of this and for the last 7 mins of the game they piled on the pressure and Carrig defence was getting anxious so close to the end, Passage missed 2 good chances and that was that. Game finished 1 nil. The lads now must wait and see if they are gonna win the league, as rivals Springfield must win their remaining 3 games to force a play off.

Player of the Match – James Mulcahy