Carrigtwohill travelled to Whitegate for a tricky away tie against East Cork neighbours Corkbeg on a sunny April evening. Both teams know each other quite well, having played many times over the years and as many of the players attend the same schools, the players were eagerly looking forward to the clash.

The match started at a very high tempo and followed a similar pattern for the first 25 minutes. Corkbeg had the upper hand at midfield and pressed the Carrigtwohill defence but Alex Canty and Ebe Imoh were in superb form and smothered the attacks. When Carrigtwohill did manage to break out, their long quick balls into space were causing lots of problems with Ronan Ymedi a thorn from the first whistle. However, with 25 minutes now gone, the match was to enter its most decisive and incident packed phase. Carrigtwohill were first to score, when a clever ball over the top from James Barry was met on the volley by Evan Donnelly who lofted the ball into the top right hand corner of the net. This was another superb finish from Evan.

The dust was still settling when Corkbeg struck back with a goal from a penalty and it was game on. Within seconds Corkbeg were on the attack again and their striker unleashed a thunderbolt from the edge of the square. It seemed destined to break the fixings of the net but somehow Bartek Stepaniuk managed to get his fingers to it and pushed it onto the underneath of the crossbar. It rebounded back into the small square but somehow Carrigtwohill managed to get the ball away. The significance of this was very evident just before the half-time whistle when Robert Adam finished after some clever work by Ronan to put the visitors 2-1 up at half-time. It could so easily have been the other way around. 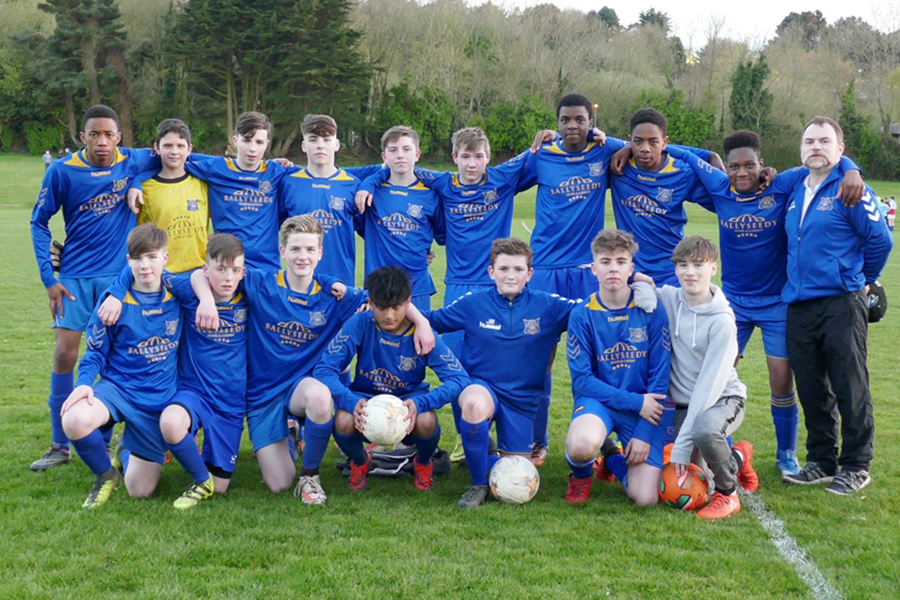 Carrigtwohill actually upped a gear in the second half and played some neat soccer with Abdul Rahim and James O’Shaugnessy combining well on the right wing. A goal from Abdul, following in from a Robert Adam free kick, Ronan who finished well after breaking through the defence and then second from Robert put nice gloss on the final score. Jack Nolan from midfield and Harry Desmond, who came close to scoring rounded out an impressive performance away from home. This was a genuine case of a team effort with all 14 players playing well however James O’Shaugnessy in particular had a superb match from right back and his willingness to push forward and interlink with the attacking quartet was instrumental in our second half performance.

With matches coming thick and fast, we hope the lads can maintain this level of performance with a view to making a serious challenge on the league table.

Player of the Match – James O’Shaugnessy