Under-15 V Blarney United A at O’Shea Park

Carrigtwohill United Under-15 drew Blarney Utd A in the first round of the Local Cup. The fixture took place at Blarneys’ O’Shea park on a nearly new astro surface on a cold and windy day.

The visitors started with high intensity passing football, Leslie and Alex in the middle with their captain Colm as an attacking midfielder, getting wingers Noah and Sam into advanced positions.

5 minutes into the match, Carrigtwohill had a free kick on the right which was whipped in by Alex to 6yrd area and calmly headed home by Ethan.

Carrigtwohill’s lone striker Kian was chomping at the bit, eager to break their defensive line and after a few chances and offside runs, he finally finished with style to make it 2 nil to the away side.

Blarney had some quality for sure but any attacking ball was dealt with by back 4 of Dennis, Jayden, Ethan, Esdras, with Ethan mostly organising them to perfection.

On 24 minutes, Colm gathered the ball unopposed, struck a shot with his left foot from 30+ yrds, beating their keeper into top corner.

Changes came from the bench and Rollie and Amany were brought into the mix in midfield.

The remaining 10 minutes of first half was dominated by Carrigtwohill moving the ball from side to side with playmaker Leslie alongside Amany and Rollie trying to release their wingers into attacking positions. Many chances came and went and Blarney welcomed the half time whistle.

The 2nd half started with Blarney putting and extra player in the middle with the hope of shutting down the dominance of their visitors.

Blarneys 2nd half plan started well for the first 10min with possession being shared by both sides, with Blarney only testing our keeper Seba once from distance.

After making further changes, with the benefit of roll on/off subs, Carrigtwohill took a foothold on the game again.

On 55 minutes, Kian once again had ball at feet inside the box, and scored from a neat shot.

10 minutes later, Alex sent a corner into dangerous area, it ended up at their back post again for Ethan to bundle the ball in to make it 5 nil.

The final 5 minutes saw efforts by Amany, Noah, Alex, Leslie all test their fine keeper, who kept the scoreline as it was until final whistle.

A good test for our Div 1 side to try players in different positions, and boost confidence.

Man of the match went to our left back Esdras. 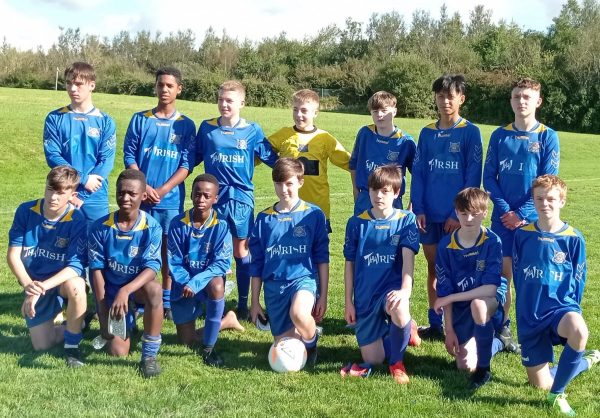