The boys travelled to Watergrasshill for their latest game in a Divison 5. The weather was perfect and the boys were looking forward to taking on one of the top teams in the division.

The first half of the game was fully committed and competitive which made for a great game to watch. Watergrasshill  struck first on 13 mins. Both teams fought for control with no one giving an inch.

It was the home side who struck again on 30mins when a ball over the top caught Carrigtwohill out for 2-0. This seemed to rally the lads and they got a goal back 2mins later. Martin did fantastic work chasing down a seemingly lost cause and when the ball broke to Charlie he rifled a super strike into the top corner from the angle of the penalty area. A min later Elijah rifled home to level 2-2 after some good work from Charlie on the wing. That was the last action of a frantic first half.

The second half picked up where the first finished, both teams really giving everything. The game went from end to end but it was the home side again who capitalised on having a free man in box from a corner to go 3-2 up. Carrig pushed for an equaliser with Mantas superb at right back, Divine and Liam Coady were challenging for everything in midfield but Carrig were tiring towards the latter stages of the game and were caught with 2 quick breaks down the left to kill the game off and Watergrasshill finished 5-2 winners.

The score line was s bit harsh after such a fantastic effort, with management very proud of the performance. All 13 players played well from Kane in goal to Dylan up front but player of the match has to go to Mantas after a superb game.

Player of the Match: Mantas Zlioba 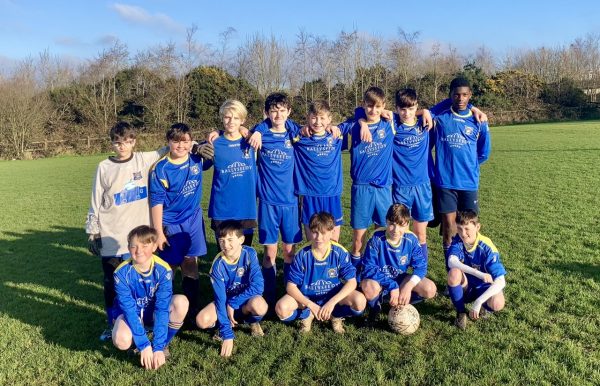