Carrigtwohill were looking forward to this return fixture after a frustrating away defeat to Strand United last month. However, this was to be a completely different game.

After 3 good wins and a draw since then, Strand were coming into this game in a rich vein of form that that was evident from the kick off and with a new midfield and forward unit, they immediately put Carrigtwohill on the back foot. Strand created 4 very good chances in the opening 15 minutes and it was no surprise when they opened the scoring. Despite a superb full length dive by Victor Omesbi to push the ball onto the post, the striker was the first to react to the rebound and had a simple tap in. However, showing their maturity, Carrigtwohill did not let this deter them and it was a signal for them to re-organise and tighten up in midfield. Not for the first time this season, it was Abdul Rahim who was to pull the team back into the game with a superb individual goal. Using his speed and strength, he shrugged off two defenders to put an unstoppable shot into the bottom left corner of the net.

Half-time was very welcome as Carrigtwohill needed the time to re-focus but came out a different team in the second half. With improved performances from Robert Adam and Alex Canty in midfield Carrigtwohill now started to impose themselves on this game and they created several excellent chances with Evan Donnelly in particular unlucky not to score after a super save from the Strand keeper. Our defensive unit was working much better now, with Ebe Imoh in particular having a great game at centre back. After 10 minutes of the second half Carrigtwohill scored again, when a superbly flighted free kick was poorly dealt with by the Strand defence and Kuba Hofft, doing great work all day was on hand to poke the ball home. 2-1 to the home side but this game was far from finished. 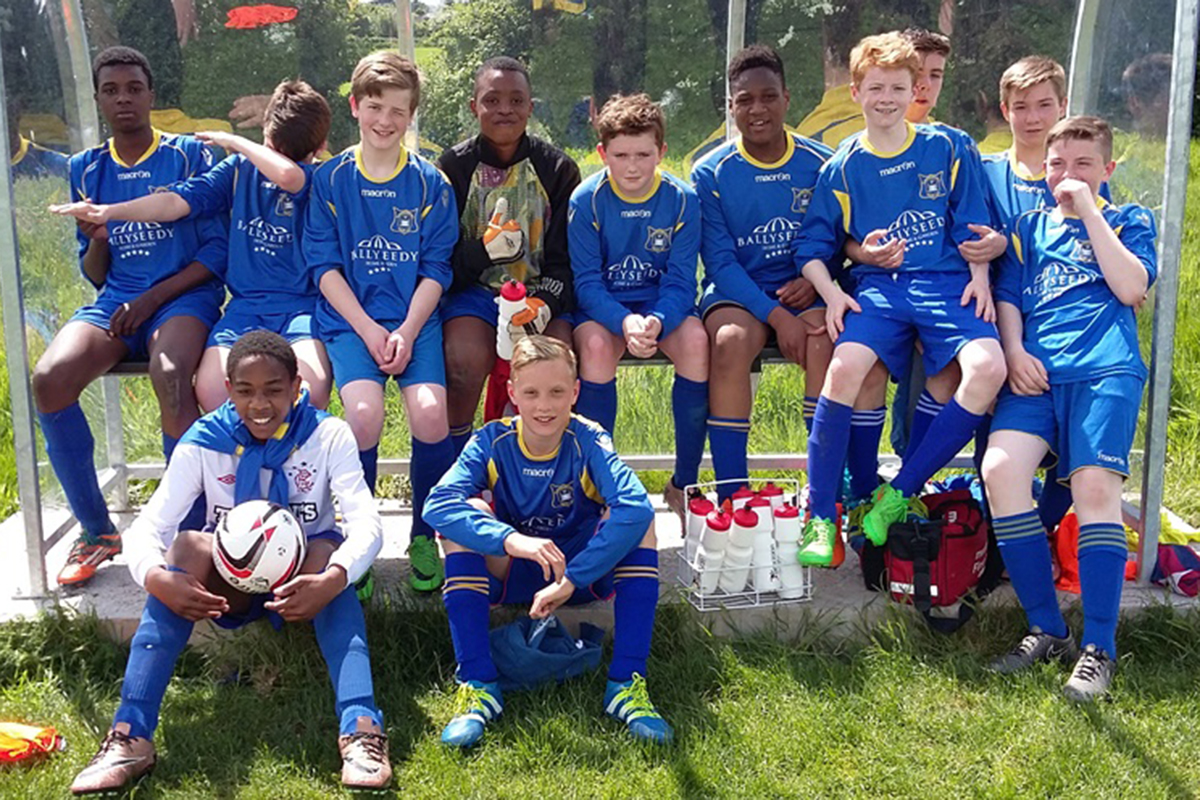 The game was end to end for much of the second half and Strand did carve out several half chances. In fact they were to level the match with 15 minutes remaining when a shot from distance was somehow to squeeze under the crossbar but Carrigtwohill were not going to settle for a draw. Not for the first time this season, it was to be Adbul Rahim who was to again prove his worth. Picking the ball up near the half way line, he went on a trademark run on the right wing and somehow found the bottom left corner of the net with a glorious shot. In terms of league standings, this was a crucial match and Carrigtwohill players understood the gravity of the match so it was all hands to the deck for the remaining 5 minutes. This is a most competitive CSL division, with just 5 points separating 4 teams at kick-off so the win was vital for Carrigtwohill as they look to push ahead and finish the season strongly.

Player of the Match – Abdul Rahim