This was a great performance and our attitude was right from the very start. We were unlucky in the last game versus Strand but the difference today was the lads played to the game plan from the start. We used the space out wide and had 2 v 1 each time we attacked. Mark O’Connor scored a great goal after 10 mins and this set up us for the victory. George McCarthy started on the right wing and worked hard throughout. This was rewarded with a nice goal- well done George. Adam Rooney added to his goal tally in the first half with a scrappy goal from a good move started by Piaras Fitzpatrick. Eoin Holden moved from centre forward to midfield and picked up his first goal of the season. 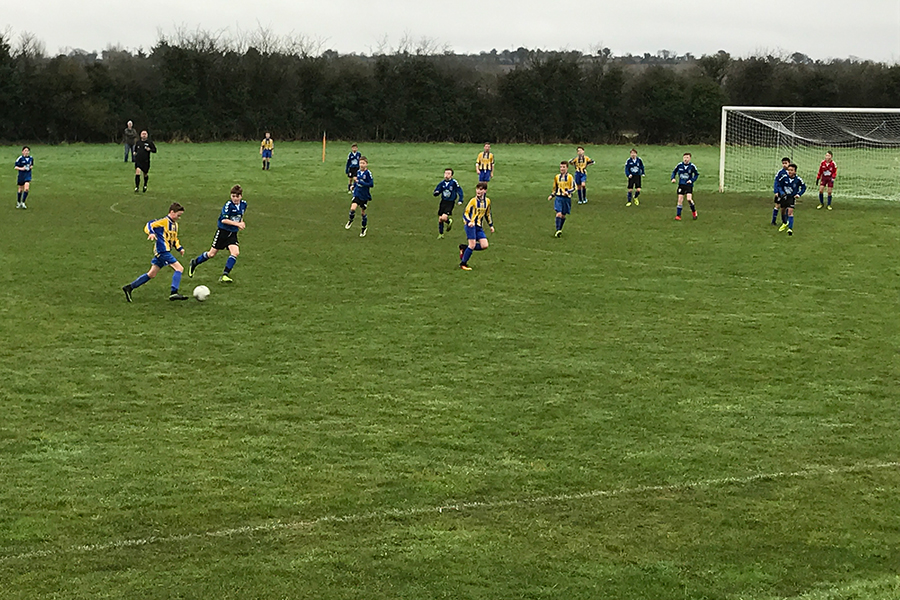 In the second half Eric O’Sullivan scored and another from Mark O’Connor sealed the victory. The whole team played well especially Liam Moore, Cian O’Riordan and Tom Savage at the back. Piaras Fitzpatrick battled hard as always in midfield as did Eoin Holden up front. Mark O’Connor was unlucky not to grab his hat trick and did what he was told on every ball- shoot on sight- Great game Mark. The man of the match was undoubtedly Eric O’Sullivan who worked his socks off and was a constant threat to Wilton. Subs Will Kavanagh, Adam O’Neill and especially Oran Savage played well when they came on.