Carrigtwohill United travelled to Kilcully at saturday lunchtime to take on league leaders St Mary’s in the hope of keeping their promotion push alive. The hosts had won every game so far this season and United were unbeaten on the road which made for an enthralling encounter.

Both sides battled to take control of the game in the opening exchanges, but it was the northside outfit that would take the lead in the 6th minute. Carrigtwohill conceded a free kick wide on the left and the St Mary’s player struck a good ball that sailed long and high over the Carrig keeper Adam Lee. The home side doubled their lead 5 minutes later and after 20 minutes had a 3rd following a bizarre incident when the referee stopped the game for a loose ‘shin pad’ with Carrigtwohill in possession. He restarted with a ‘hop ball’ which St Mary’s won and ran on to shoot past Lee. With halftime approaching United got a foothold in the game and when Roan O Keeffe brilliantly pulled the ball out of the sky, swivelled, and played in Kyle Kidney who finished with aplomb.

With nothing to lose and the wind at their backs the visitors took the game to Mary’s in the second half and pulled another goal back 5 minutes in. Evan O’Regan O’Connor and Niall Barry worked a short corner and the number 10 twisted and turned before unleashing a powerful effort across goal to find the net. Carrigtwohill lost both Kidney and O Keeffe to injury shortly after this but in Noah Nsengiyumva and Noah Eddins they had capable deputies and continued to pile on the pressure.

Rian Thornhill popped up just outside the box to see his effort clip the crossbar and O’Regan O’Connor would smash a free kick from 30 yards again the woodwork coming to the league leaders rescue. St Mary’s threatened on the break but couldn’t find a way past Jarlath Cullimore and Osas Aghedo in defence. A fantastic game played in great spirit finished 3-2 to the ‘champions elect’ although Carrigtwohill will feel they deserved at least a draw. Well done to all involved. 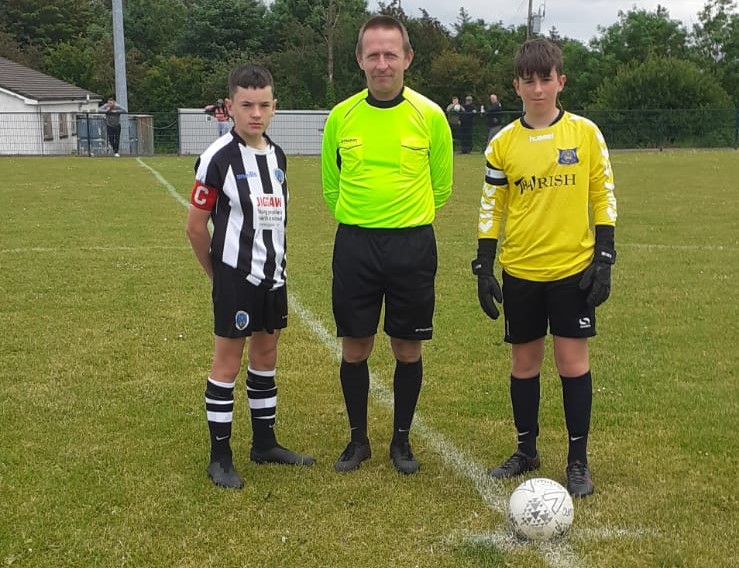