Under-13 CSL Div 2 at Castleview

Carrig were on the road again this weekend and missing some of their squad due to holidays but the team started brightly and from one of Jack Lombard’s corners Pol O’Connor found some space in the box to finish in the bottom corner.

This seemed to wake up the home side and when a long clearance went over the Carrig defence Castleview’s winger got in to finish the ball past keeper Cal Flavin who had no chance of saving. Soon after this the ‘view were awarded a soft penalty and even though Cal got his hand to the ball he couldn’t keep it out of the net.  2-1 down at half time!!

Carrig needed to win this game to keep the pressure on Carrigaline with both going for the title, changed the formation at the break to 3:4:3. Carrig were now creating more chances and the equaliser came when Sean Barry collected the ball on the edge of the box to find the bottom corner to draw level.

Carrig were now in control and playing some lovely football , Issac O’Riordan and James Doyle put some lovely link up play down the left wing and when the cross finally came in to the feet of Sean Guiney he finished the move brilliantly into the net .

The defence of Daniel Guiney, Cillian McCann and Conor Nolan solid in the 2nd half you could only see carrig getting on the score sheet again so with only a few minutes to go Micheal O’Sullivan found space to finish pass the keeper to secure the 3 points for carrig

Soon after the referee blew the final whistle.. 4-2 it finished and carrig have now won 9 games in a row !!

Player of the Match: Pol O’Connor 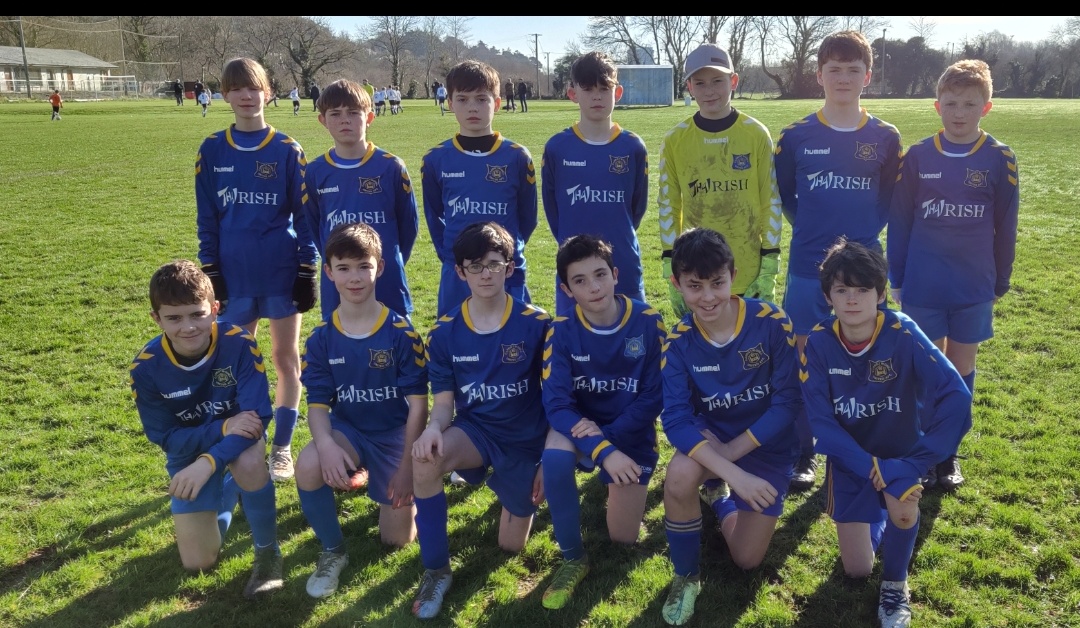