After having the last two games and some training sessions cancelled due to weeks of wet weather, spirits were high when our U-13’s took to the pitch on a beautiful sunny Sunday morning on the last day of November. The match had a lively start with both team cancelling each other out in midfield. Abdul Rahim, settling into his central midfield role had a number of probing runs at the Carrigaline defence and Carrigtwohill were threatening to make the breakthrough. Our defense was playing very well, with James Barry and Sean de Burca repelling the attacks with Carrigaline using the ball in behind trying to catch us on the break. The opening goal for Carrigaline came from a corner which Carrigtwohill failed to deal with, the ball dropping to an unchallenged attacker for a simple finish. Adam Walsh, playing as a lone striker was very close to levelling the game, when his fierce shot hit the bar. Just a few minutes after this unluckly miss, lady luck smiled on Carrigaline when a long range high looping effort sailed into the top corner of the net. 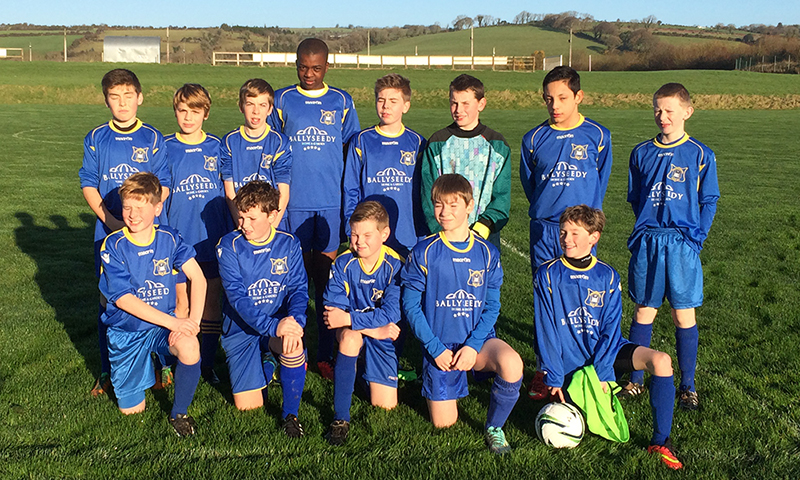 With Carrigtwohill now on the back foot in the match, all players doubled their effort and several changes and switches were made during the second half but despite several good chances being made, from the wing by Alex Canty and through the middle from Abdul, Carrigtwohill were unable to convert the pressure into scores and conceded further goals as they pressed forward.