Under-13 National Cup at Gortnaglough

This was another good win for this Carrigtwohill Under-13 team away to Ballinhassig in Gortnaglough. It was a match that Carrigtwohill would have expected to win but the manner in which they did so was extremely impressive.

Right from the outset Carrigtwohill were on the front foot with sweeping movements as they played out from the back and managed to stretch the Ballinhassig team through the wings. It was Sophia Redmond who first managed to get her name on the score sheet as she scored from a powerfully struck shot to the right corner to beat the keeper. The 2 forwards Robert Cotter and Cathal Doyle were full of running and caused chaos to the Ballinhassig defence. Sophia Redmond hit another powerfully struck shot that the keeper managed to parry but the ever alert Cathal Doyle followed up and poked the ball home to open his account for the day.

Robert Cotter and Matti Hodnett were unlucky not to get on the score sheet with some fine efforts that were saved by the keeper. Jack Lombard scored an excellent goal as he took the ball at the penalty box beat a number of players and drilled the ball into the left hand corner to put Carrigtwohill 3-0 at half time.

In the second half Carrigtwohill were really moving up through the gears when man of the match Cathal Doyle managed to get 2 more goals to get himself and hatrick for the day. Hugh Crowley was impressive all day and got his goal when he managed to nick the ball from the keeper and put it to the net. Hugh was in confident form and was desperately unlucky in what was one of the highlights of the match when he had a powerfully struck bicycle kick hit the top crossbar.

Dan Guiney and Cillian McCann were a force to be reckoned with in the centre of defence as nothing got past them, the 2 wing backs of Conor Nolan and Sean Barry were superb as they launched wave after wave of attack. Cal Flavin was in fine form and managed to keep a clean sheet during the match. Pol O’Connor got onto the score sheet with a well taken goal after great build up play from Sean Barry and Eoin Garvey. Robert Cotter was full of running and made some telling passes to keep the pressure on.

After switching Eoin Garvey out to the right wing he proved a serious threat and scored after beating at least 4 players on a mazey run .Sophia Redmond got the final goal and her second of the match as she volleyed into the left corner. Overall a good confidence building win for Carrigtwohill and a good start to their Cup campaign.

Player of the Match: Cathal Doyle 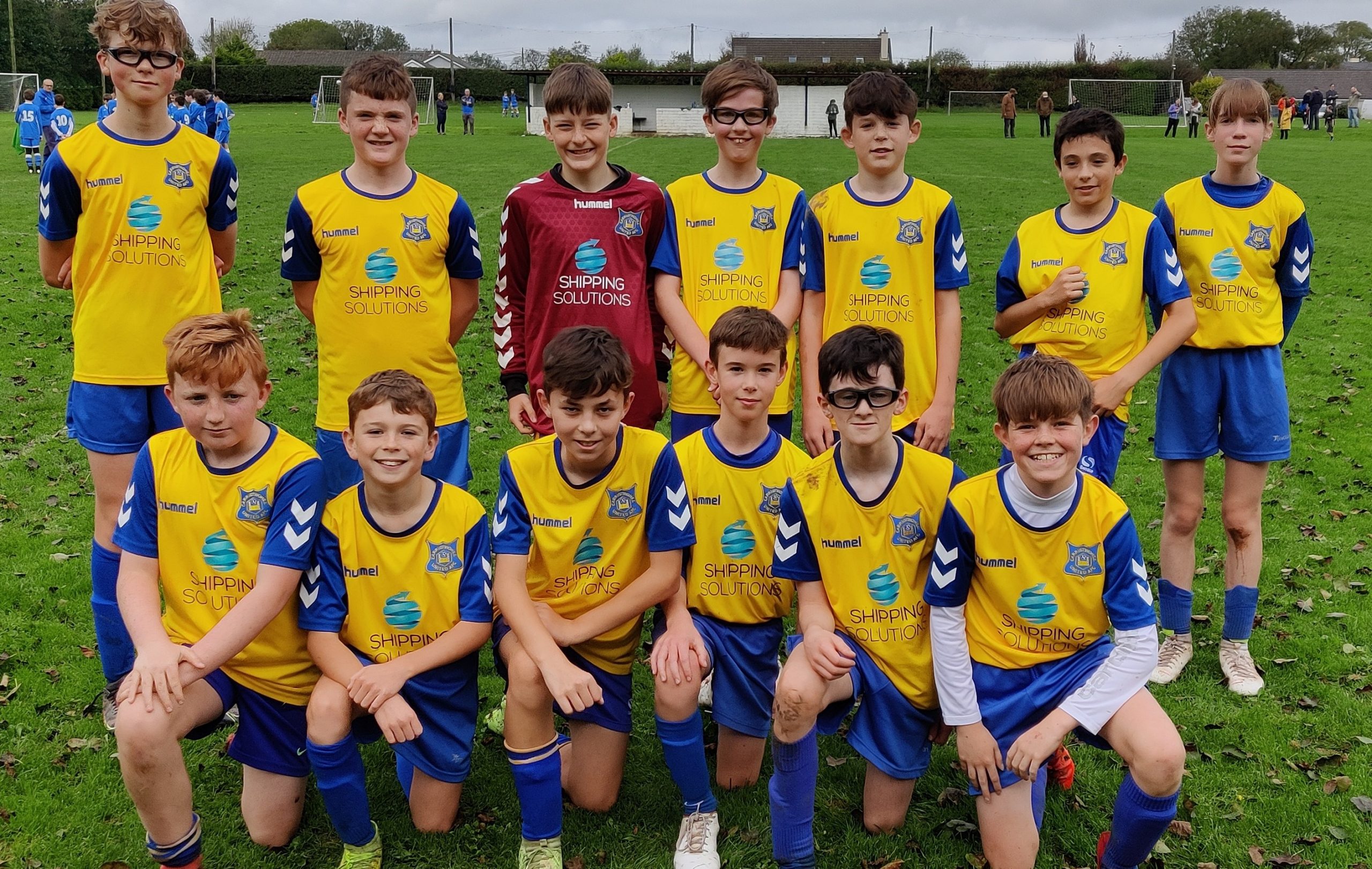