On Sunday afternoon, the Carrigtwohill United Under-12 A team had their second league game away to a good St. Mary’s A side. It was a great day for playing football and both sides set about entertaining the spectators. The likeminded approach from St. Mary’s to the game set up a great match.

St. Mary’s went ahead after 10 minutes but the lead lasted only 2 mins. Carrigtwohill pushed forward and up stepped John O’Connor to rifle a first time shot into the roof of the net from the edge of the box. 1-1.

In the second half Carrigtwohill were behind again after two mins but the lads didn’t drop their heads. Just 5 mins later they had a penalty after great work from Sam O Donovan and Martin Lehane slotted home to make it 2-2 with 20 mins to play.

Carrigtwohill were now pushing to get the lead, which came through a fantastic run and finish from Adam McCarty. 3-2. In the final few minutes, with St. Mary’s pushing for an equalizer, the boys burst forward with Charlie Cambridge clinically finishing after a great run down the left to seal the victory the display deserved.

There was some great football played and there is a real team spirit starting to develop. Everyone played their part in the win and with loads of great performances it’s difficult to single one out. Player of the match goes to Elijah O Riordan for trying all the things we’ve asked in training, holding the ball up with great skill and bringing others into the game. Well done lads!! 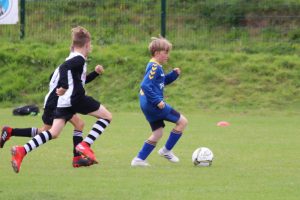 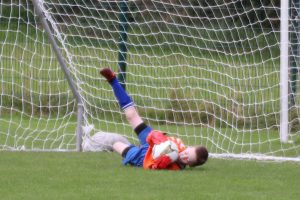 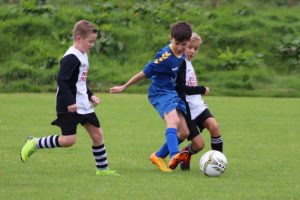 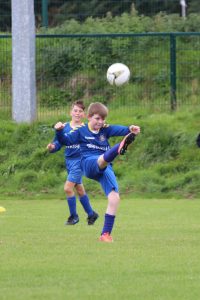