Eight days after our first meeting we hosted Richmond in Ballyadam on the Bank Holiday Monday. It was another tough closely contested game, but the visitors took their chances better on the day.

After the last game we knew Richmond were strong on corners and so it proved. On their first corner from the left they headed themselves into an early lead after only a couple of minutes. Carrig regrouped and against the wind began to get into the game. Both teams again played well and the game was very even. Carrig probably created the better clear-cut chances with 2 one-on-ones with the Richmond keeper but we failed to capitalise on them. Adam Rooney was playing very well in centre midfield, assisted by Piaras Fitpatrick. Richmond then extended their lead with a great goal from the right corner of the box. Their right winger struck it well and it evaded the Carrig defence and keeper to find the bottom corner of the net. 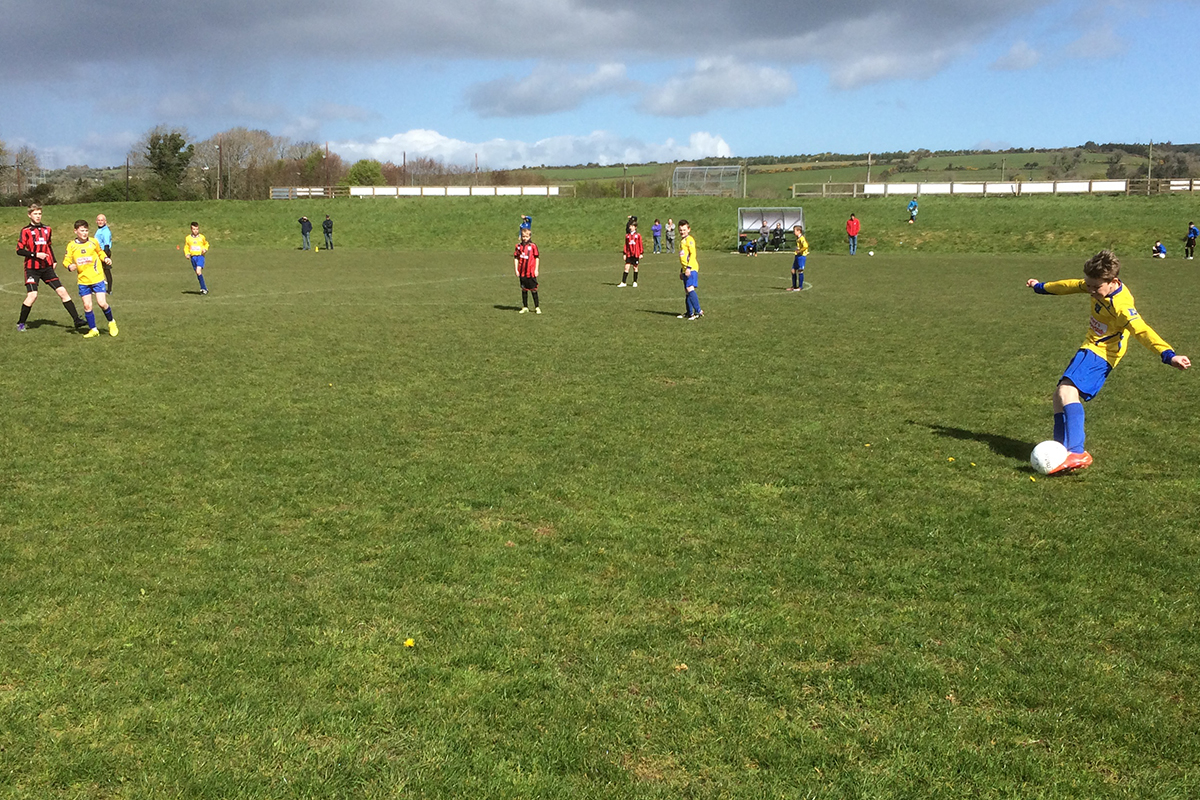 At 2-0 down at the start of the second half we were still in the game. We pushed an extra man up front and went after a goal. Again the teams played well and cancelled each other out. Both had chances to score, but two strong defences made both attacks work hard for each chance. The game then turned in the visitor’s favor when we had to take off our keeper due to injury. With no subs on the day, we re-started with 8 players and soon were punished. Richmond broke through on goals and stand-in keeper Liam has helpless to stop the 3rd goal. Carrig continued to push on for a score in the last few minutes but it wasn’t going right for them in front of goal today.

Player of the Match – Adam Rooney.