Under-12 National Cup at Ballyadam

Carrigtwohill United Under-12s played Bandon at Ballyadam last Sunday morning in the National Cup. The boys were a bit unlucky recently with some fixture cancellations so were raring to get going! And they certainly did that!…the intensity in which the players played the game thoughout was terrific from start to finish with all 16 players working extremely hard all over the pitch while showcasing some fine skill along the way!

Mr Aaron Power led from the front and got on the score sheet early on, putting pressure on defenders leading to fine finishes after 6 & 16 minutes. Oisín won a penalty (which was subsequently saved!) after some fancy Michael Flatley style footwork! This drove the lads on though even more and they kept on working harder! Fionn added a third Carrigtwohill goal after 28 minutes to bring us into the half time break.

In the second half we saw two rather splendid through balls from Owen and two fine finishes from Fionn after 32 and 41 minutes. The scoring was rounded off superbly after a great cross from Sam and a back post finish by Oisin.

The clean sheet on the day was owing to some calm goal keeping (Bart) defending and concentration from Luke, Patrick, Cian and Jack with Odhran covering superbly in the centre back role. Michael and Finn leadership skills were apparent throughout, along with their creative skills setting up some chances along the way as well.

All our midfielders pushing our opposition further back. Oisin, Owen, Sam and Isaac were terrific up and down the pitch making recovery runs and then transitioning back into attack, helping to maintain our structure for the duration of the match and were supported by Ryan and James who both made some great runs into the opposition areas. Up front Aaron and Fionn led from the front, working really hard when they didn’t have the ball and some great hustle and bustle leading to goal opportunities – both took their chances superbly.

A good day for the boys to get up and running after a stop, start season. On the day the MOTD award was shared between Cian who was terrific at left back, strong in the tackle and some great ball distribution and Fionn for a great work ethic up front.

Well done lads, and onwards to the next challenge. 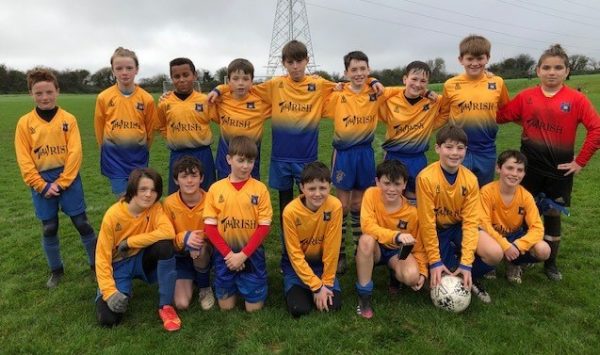 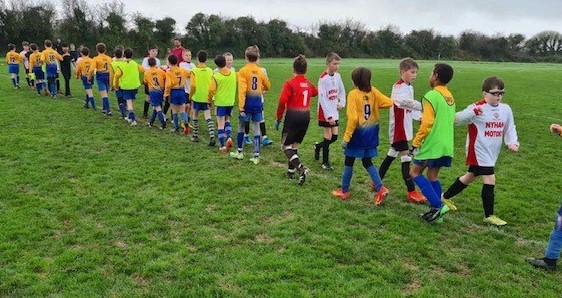 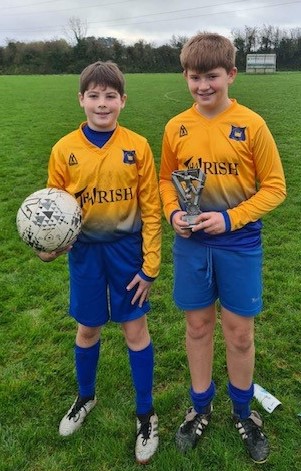