Carrigtwohill U11s stand their own against Cup Semi-finalists

We went up to face a strongly assembled Temple side that was still buzzing from an impressive cup run where they went out to eventual cup winners Carrigaline. We knew right from start that the tide was going to be heavily against us. For that reason we put a strong 3 man  back-line marshaled by Colm Harte. In front of them was our ever dependable defensive linkman Amany protecting the three at the back. Rolie Durango as usual was digging deep to carry the ball forward to the front two getting assistance from Leslie.

The game was even for most of the first half as the menacing midfield of Temple found an equally uncompromising Rollie and Amany in midfield. Midway through first half we made 3 straight changes of the 2 front strikers and a midfielder. That paid off immediately as minutes later Brian collected the ball around the 18 yard box and manipulated it to find space before slotting it in bottom corner. Temple responded with neat build-up passing from the back, before one of their talented midfielders rifled a shot from long range that caught Ethan in our goals off-guard. We went to second half before shifting the team around again where Dennis operating from the right started gaining ground going forward with neat footwork. His opposite number was  equally the best player Temple had. Despite turning him around a couple times, it was as usual Amany getting the foot in at vital moments to thwart their attack. Big games calls big players into play. Just when Temple was all but paying too much attention to the threat Rollie Durango was causing going forward, the inevitable happened. One or two defense splitting passes went untouched as the weight behind them suited adults. Later-on, a good run from midfield and a mature defense splitting pass on to the ever-alert Brian Healy was met with a fine toe-pock finish. The goal was clearly the best team goal we have had at this age group in a while. 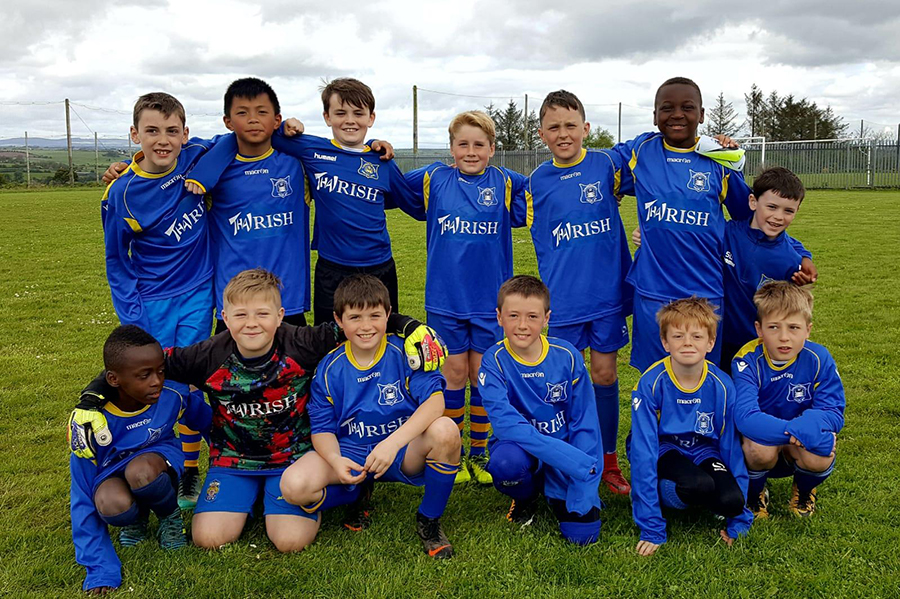 On a day like that when we needed safe hands, Ethan Collins didn’t disappoint. Our back-line had 5 to 6 different faces throughout the game where each player plaid a minimum of 2 positions and got substituted twice throughout the game. The biggest positives to take from the game was that each time we substituted our strongest players, we had an option to double-up on vital areas to stop Temple. Coming up top on a high after a high intensity passing game where we took what we did during training and warm-up into the game.

Players of the Match; Dennis Sitarik and Brian Healy