In the latest round of league games we finally got a beautiful sunny morning to play. We were hosts to Rockmount this week in Ballyadam and played 4 7v7 games.

Rockmount provided the lads with a stern test and competed for everything. Both teams were very committed, giving their all while being very fair. Both teams were a credit to their clubs in the way they carried themselves on the pitch, very respectful to everyone involved while playing with a smile on their faces. 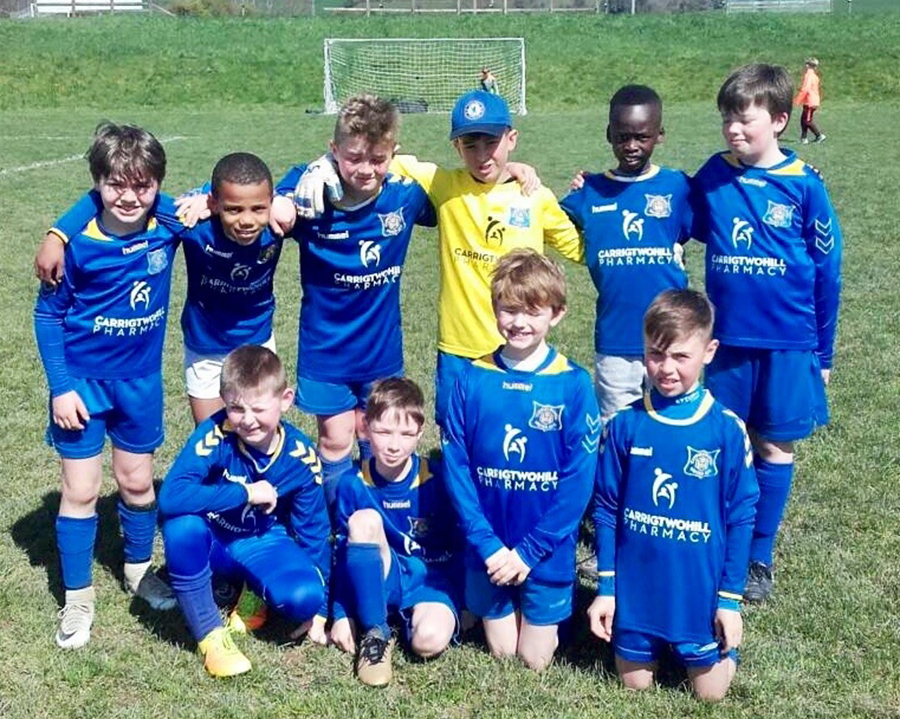 The football played by our lads today was fantastic. There were great skills on show with players showcasing their individual skills both in attack and defence but without a doubt the most pleasing thing was the way the team tried to play football. We played out from the back superbly, kept the shape of the team and are now adding some composure to take the time to find a pass. The lads work so hard in training it’s great to see when it works out for them in the matches.

The benefit of all the league games is easy to see, with every player getting the chance to show off their skills and value to the team. Another great performance, well done lads, Carrig Abu!!!!