In the latest round of league games we played host to Passage AFC in what can only be described as testing conditions. There was heavy rain before the games and the pitch was very heavy underfoot. Luckily the rain eased as the matches got underway. 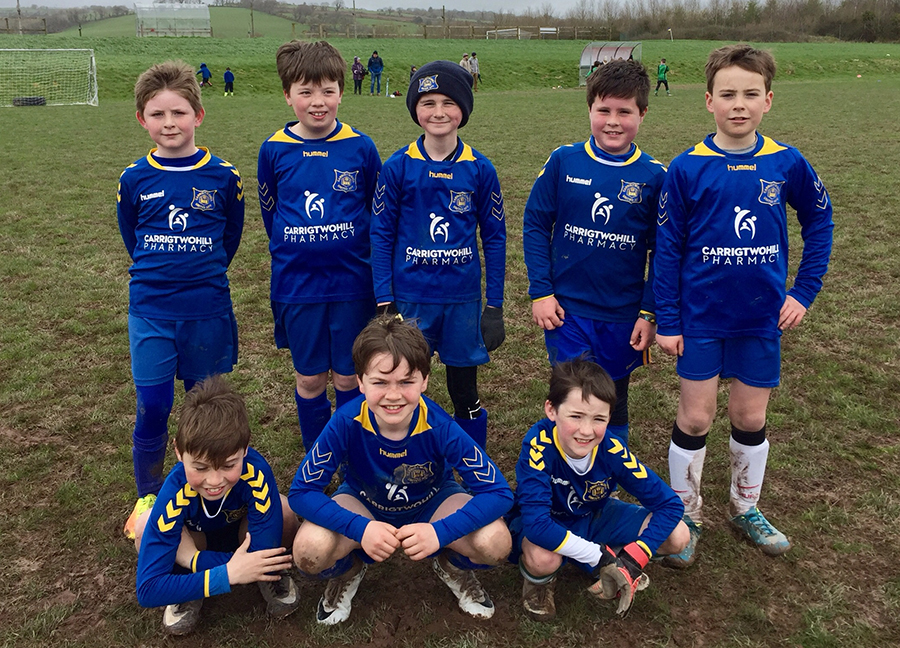 Both clubs had the same mindset going into the games, which is about development and enjoyment at this age. The teams are encouraged to play football, take chances and learn the game. Our lads are really trying to put into practice their hard work on the training ground and it shows, we played out from the back and tried to retain possession and played some lovely football. Both teams competed for everything in some great games. Some of the defending today was excellent with great composure shown when we won the ball to try and pass our way out. As ever there were some great goals scored, with one or two spectacular long range efforts to keep the support entertained.

A mention has to go to both teams today for the way they performed and behaved during the game, great respect was shown to each team, sets of coaches and referees which is a credit to both players and clubs. Well done lads, fantastic effort again, Carrig Abu.