The new season season is upon us again. Carrigs u10s kicked off their league campaign with a home match to a strong Corkbeg Utd. Both sides are well used to meeting each other but the format has changed to 7v7 games on a larger pitch, and a 50 min game this year. 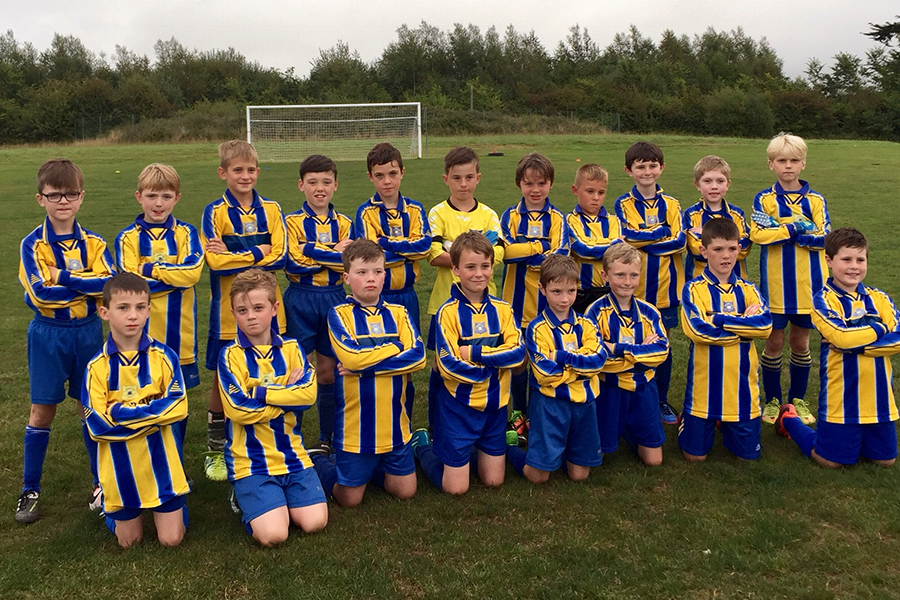 Both sides had a large squad with them and there was great energy and enthusiasm pre-match. With plenty of support from the side lines the twin games were played in great spirit. The respect both teams afford each other, managers and refs is a credit to both clubs. Both games were very competitive with all the boys giving their all. There were plenty of positives to take from both games and the boys can be very proud of the way they worked to adjust to the new formations and rules. There were some cracking goals and play from both teams. The effort the lads put in over the game was great to see, they really have a great work ethic and this can only bode well for the future.

We’ll have another 9 league games in the first half of the season which will give all the lads plenty of opportunities on the pitch to show what they can do. Well done lads. Carrig Abu!