After a late switch of venue Carrigtwohill had to travel to Nenagh on Sunday for the 4th round of Munster Junior Cup. Both teams have started the season extremely well with Nenagh winning 9 out 9 in the league and Carrigtwohill losing only once in 15 matches. 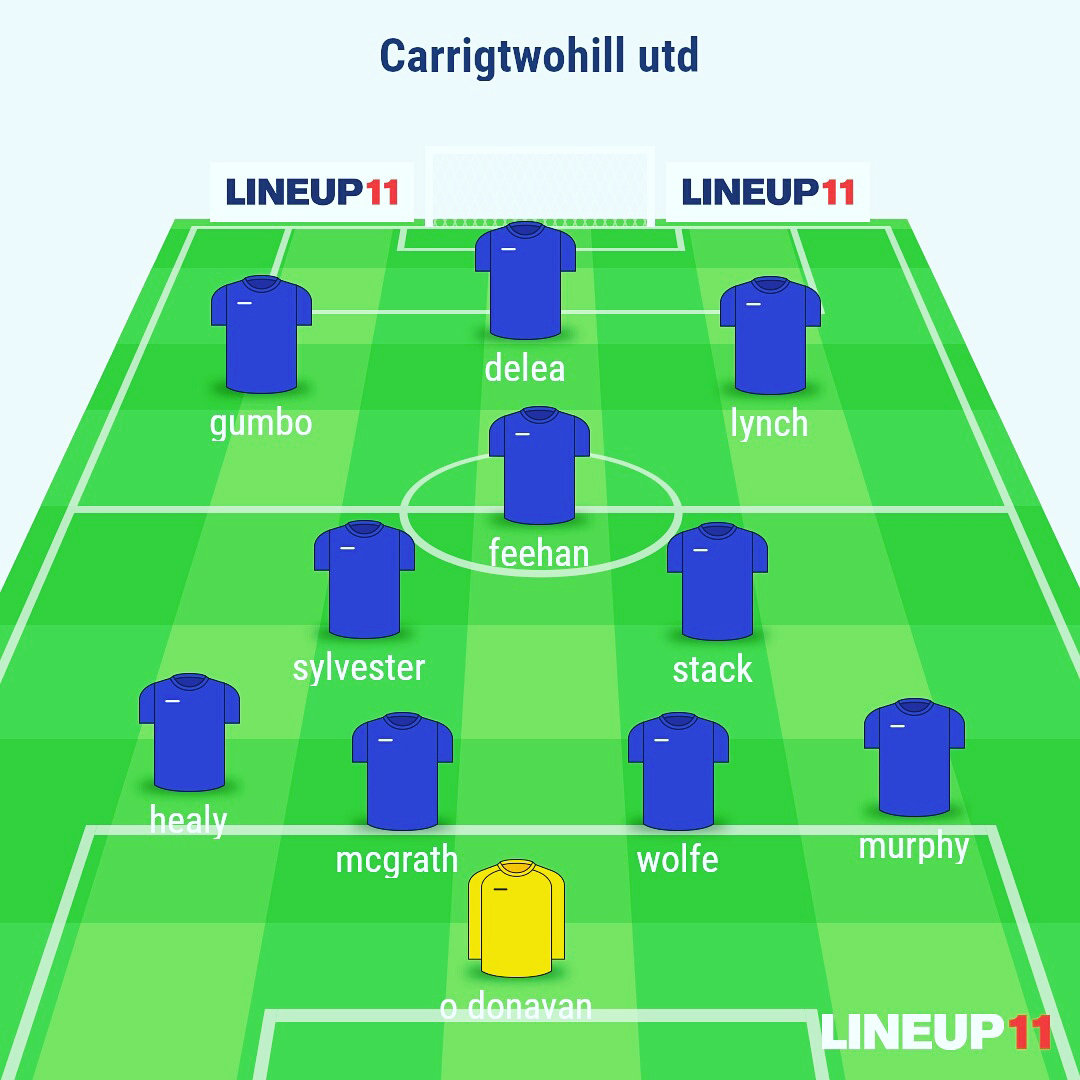 Game began at a ferocious pace in difficult conditions with both teams trying to establish there passing games. The first real chance fell to the hosts when O’Gorman did well to get his shot away but was well saved by O’Donovan. On 25 min after a Nenagh attack Carrig broke with the ever running Gumbo playing Derek Delea through on goal, the defender got wrong side and brought Delea down for  a penalty.  Delea dusted himself down and sent the keeper the wrong way to out Carrig 1 up. Again the game ebbed and flowed on a pitch that was starting to cut up and get very heavy, to the credit of both sides the quality never dropped with Nenagh pressing on the flanks but there final ball was letting them down. Another break on 37min allowed Alan Lynch to take on the full back and lay the ball back to the onrushing Ian Stack who’s shot was blocked but fell kindly for Gumbo who smashed it into bottom corner .

Into the second half and with the home side 2 down they switched to 4-4-2 but Carrig again on the break hit them twice with goals from Gumbo to complete his hat trick. At 4 nil Carrig made 3 changes and to Nenagh credit they kept playing and got 2 late goals. Was a super victory for Carrigtwohill and into the hat for 5th round draw for the first time in the club’s history.