After last week’s win v Blarney Street we had them again with the winners one of the 7 teams, to get into the open draw of the fai junior cup.

Carrig put in a excellent team performance to beat a good side 3-1 and advance to open draw section. Again like last week game started 100 miles an hour with Blarney Street having wind and a very strong sun behind them, which made it awkward for keeper and defense. Carrig had the first real chance after a free kick taken by Ducky passed to Fleezer who clipped excellent ball into six yard box and Derek Delea was inches from scoring. Blarney Street finished the half putting us under pressure from free kicks and corners but we held out for the game to finish scoreless at half time. 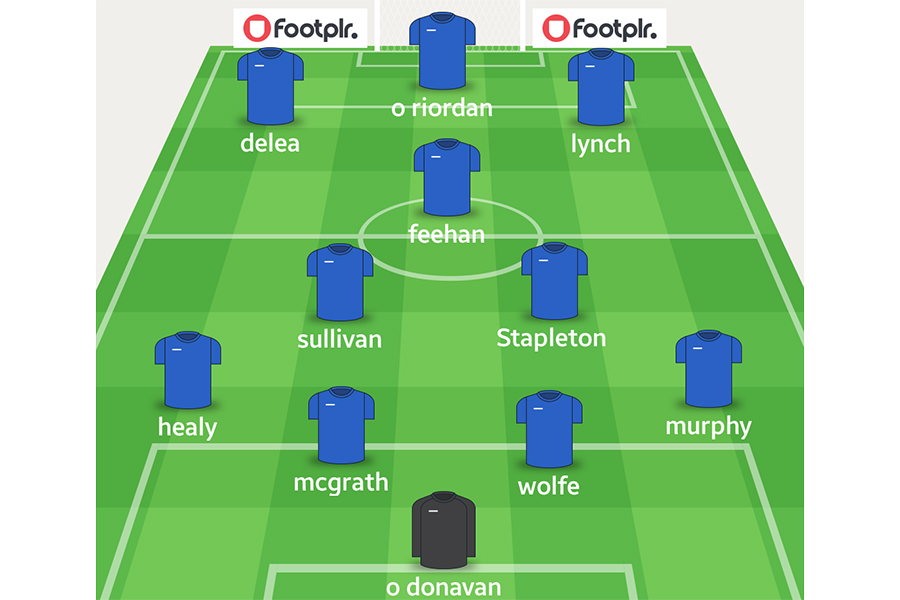 At half time we asked the players to press higher and it worked a treat as we dominated the second half and took the lead on 55 when great work from Alan Lynch on the left wing, his cross was guided into the corner by Paul Feehan (Fleezer). At this stage it was Carrig in control but a soft free kick allowed the street to draw level. From this moment on Nathan Gumbo who came on as second half sub took over, his pace and directness caused them all sorts of trouble and his first goal was a beauty. Nathan picked up the ball wide left beat 3 men before smashing it into far top corner. 10 min later Nathan added his second a mix up in the back line allowed him to round the keeper and tap into empty net, Nathan had 2 more great chances which he should have scored but Carrig were in total control at this stage.

We move into the open draw and see which team we get home or away we will have confidence.