Buy a line from any committee member, manager or player. Only €2 per line.
All full cards will be entered in the Seller’s draw.

Nearly too many prizes to fit them all on the card!!! 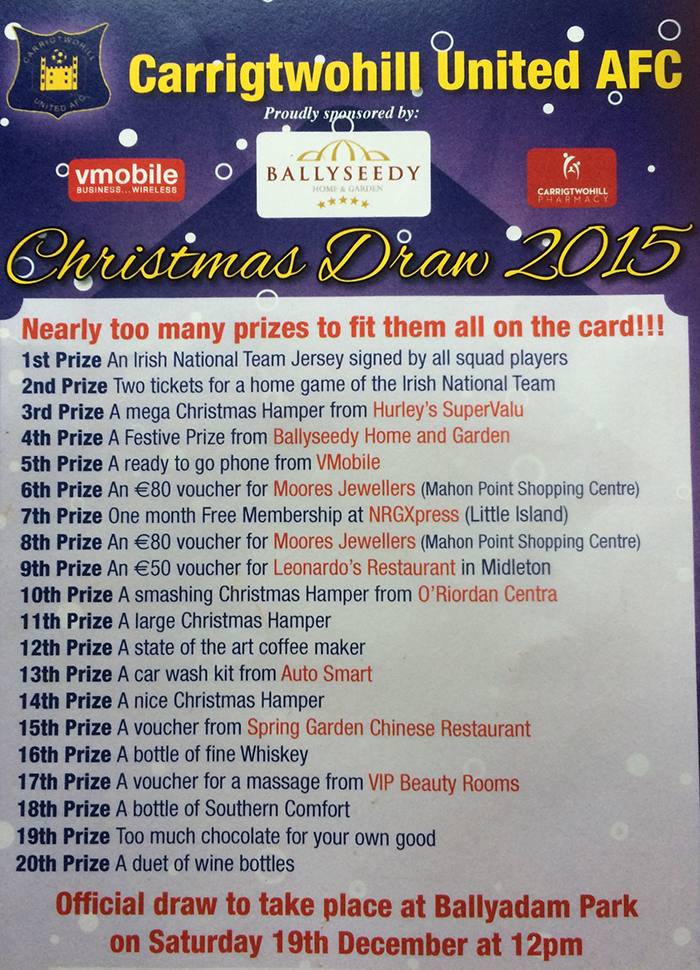