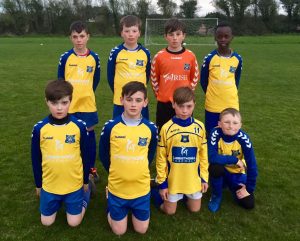 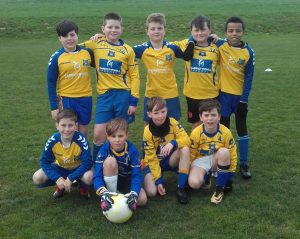 With the clocks going forward at the weekend and the long evenings now upon us midweek football has resumed. Carrigtwohill United U-11’s welcomed Pearse Celtic to Ballyadam Park this Monday in their latest round of league games.

Twin matches of 8v8 were played on slightly wider pitches to give both teams a chance to practice formations, positioning and use of space.

As always all four games were fiercely contested between two very evenly matched panels. The home side closed down the opposition quickly and restricted them from playing out from the back but committing players forward also has its drawbacks and Pearse looked very dangerous on the counter attack, using the open spaces well.

This battle of tactics served up a very entertaining evening of football played at a fast pace. Across the four games it was honours even with a win for each side and two draws which was about right on reflection.

Key players were Adam, Tom and Cillian from one side and Noah, Osas and Liam from the other. Well done to all involved.