The Under-10’s made the trip to Crossbarry on Sunday, to play Richmond AFC.

Twin 7-a-side 25 minute games were played, and each team played two games each. The 25 minute format, where a game is played straight through with no half time, is introduced at Under-10’s where players get familiar with playing longer halves of football.

All of the players all worked very hard throughout. It was good to see some nice football played, coaches were delighted to see kids taking the right options, looking up and picking out a team mate to play the pass. Training has been very much focused on passing and possession and the kids have worked hard on the weight and accuracy of their passing. It was great on the day to see the intent in moving the ball and players giving options to the player on the ball.

Too many kids to give shout outs to on the day as all played really well, but on the day stability in goal was a big factor so well done to Bart and Max on very solid performances.

Well done boys and girls for a great outing, and some fine football on the day! 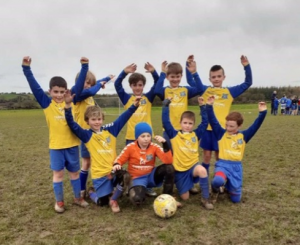 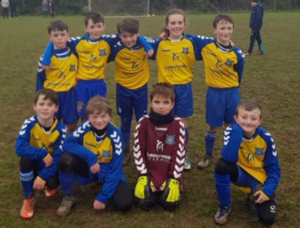