The final day of the trip started with breakfast at 7.00am. The squad then travelled by bus to Hazelwood in Liverpool to play an international friendly game against local opposition. Although the Carrigtwohill lads were showing obvious signs of tiredness in the near 20 degree heat they remained competitive throughout the game with Fillip in goals, Josh in midfield and Luca and Akram playing very well on a pitch not suitable for freeflowing football.

Man of the match goes to captain Josh Tynan who battled hard in midfield to both break up opposition attacks and set up Carrigtwohill attacks.

After the game they headed to Anfield stadium to let the lads get pictures of the Hillsborough memorial before heading across Stanley Park to Goodison for Everton v Man Utd in the premier league.

Goodison could best be described as one of those old stadiums with restricted views all around the ground but with the crowd so close to pitch they were guaranteed a cracking atmosphere. When Everton took the lead in the game the noise really went up a couple of notches. The lads really got into the game and joined in the singing and clapping as Everton ran out convincing 4 nil winners over an extremely disappointing Man Utd team.

It was great to see to many of the modern star players live in action. After the game, it was straight to the bus for the trip to Holyhead and the boat home to Dublin.

They arrived in Dublin at 12.45am and then set out on the final trip home to Carrigtwohill. To say tiredness set in at this stage would be an understatement and by the time we reached the village there were a lot of sleepy heads on the bus (adults and kids).

It was brilliant trip overall and a pleasure to be involved with. All the lads are a credit to their parents and can hopefully remember the Easter trip 2019 for years to come.

A special thanks to Carrigtwohill United for facilitating the trip. In particular, Chairman Martin Jones, Ger  O’Hanlon for organising the trip and Margaret Rooney for the gear in which the boys looked so professional in all weekend.

To Akram, Ben, Robbie, Corey, Cathal, Fillip, Josh, Phillip, Charlie, Evan, Ryan, Matthew, Callum, Luca, Mark, Logan, Tadgh Sul, Tadgh O,  Cillian, and Allan – they were a pleasure to take on tour and all will remember this trip for a long time to come.

Finally, a special mention to my fellow coach Raemonn Walsh who without his help this trip would never have happened. 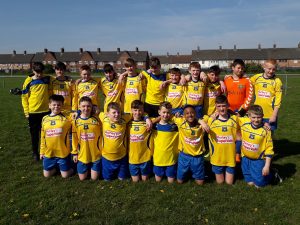 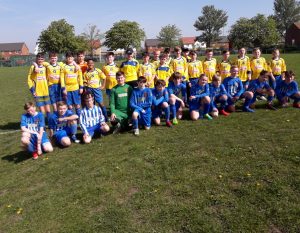 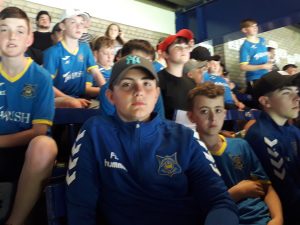 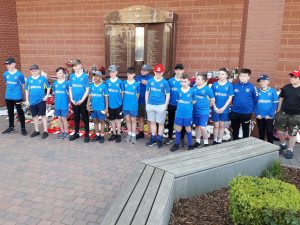