A lunchtime kick off saw Carrigtwohill United Under-12’s defeat Leeds in their season opener at Ballyadam. The home side started brightly and took the lead with a great solo effort from Cillian Rooney. The visitors responded after a lapse in concentration at the back let their striker in for the equaliser.

Carrigtwohill moved the ball well through the thirds and started to impose themselves on Leeds and create a few openings going forward. On 25 minutes the ref awarded Carrigtwohill a free kick just inside the opposition half and Niall Barry stepped up to crash the ball home from 35 yards, 2-1 at the break.

Carrigtwohill kept up the pressure in the 2nd half and Cillian grabbed his second after a good run into the box by Roan. The home side introduced Kyle into the action and he immediately caused the Leeds defence problems with his pace and clever movement. On 54 mins he had them in knots and scored a fine goal.

All subs were given a run out and the icing on the cake came in injury time following good build up play on the right and a neat one two in the box Ivan slotted home the 5th. A brilliant effort from 1 to 16. Well done to all.

Player of the Match: Cillian Rooney 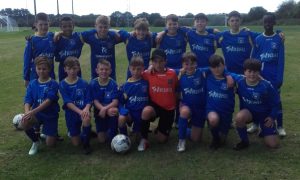 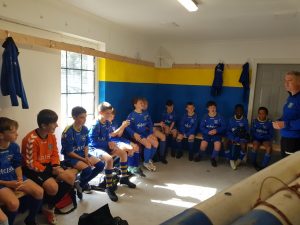