Our lads had another outing this Sunday morning in the U10 league. This time we were away to Churchvilla in Cloyne. The weather was perfect for the early morning kick-off. With the league now in full swing all the lads are getting the chance to get used to playing and showing their skills on the pitch. 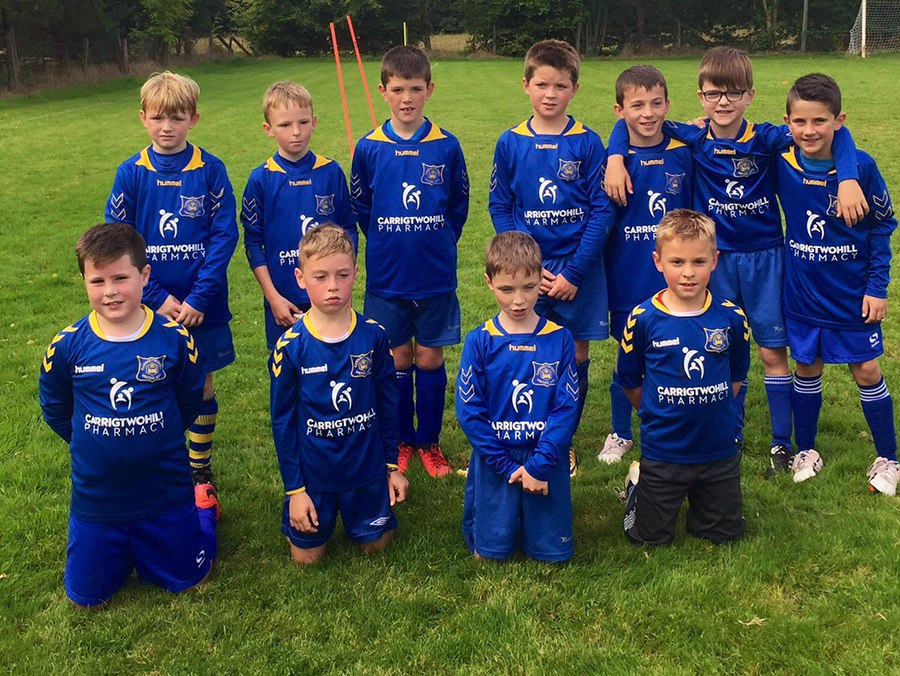 Both sides were down numbers so we played two 5v5 games, with the larger u10 pitch this really gave the lads an opportunity to get used to running with the ball, but after a few minutes they realised passing is sometimes the better option. There were some great passages of play from both sides in what was a very even contest, also it was great to see some lads score their first goals for the club. Hopefully the first of many!!

As always the enthusiasm and commitment from the lads is great to see, they never fail to give their all…. Carrig Abu!!!!