Carrig got back to winning ways Sunday morning, but it wasn’t as easy as the scoreline suggests as we were forced to come back from 1-0 down to get the three points and restart our season.

With a very strong wind blowing in the first half, it was a scrappy opening 25 minutes, Leeds pressed high and Carrig’s passing accuracy suffered. Set pieces were the home team’s main way of causing Carrig hassle, Shane Waters doing the job asked of him when defending corners very well, when clearing off the line, stopping a certain goal. At the other end, Carrig were unlucky not to break the deadlock, Evan and Robin both coming very close. Leeds took the lead though when a free kick went straight in just before half time. 1-0 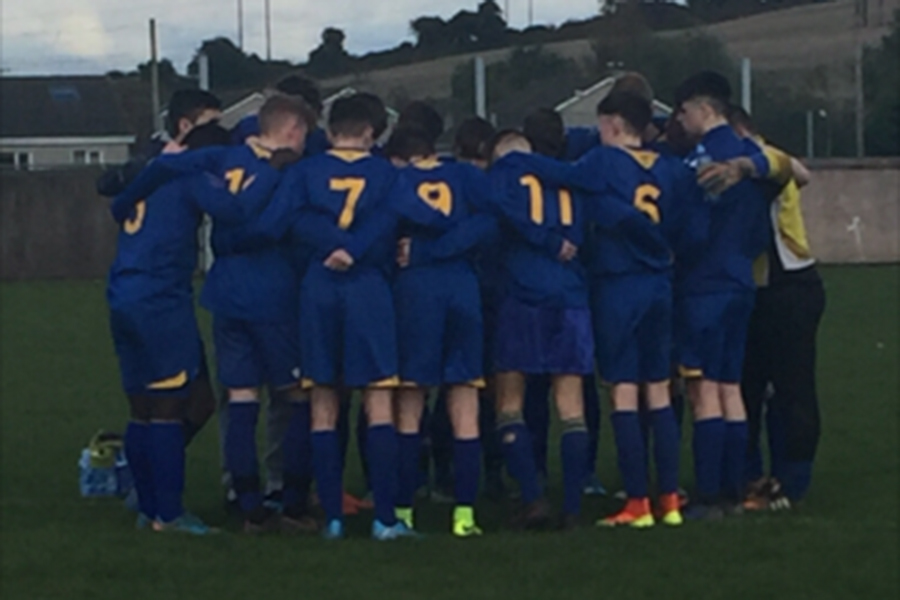 Second half started brightly Mark Daly and Evan were getting acres of space and Robin and Tristan came very close, but Carrig couldn’t seem to score. Hugh O Neill came off the bench to sure the defence up and Leeds never really threatened from here. With 25 minutes to go we finally got our reward for the sustained pressure when Robin Ward riffled home from outside the box. David Ryan came into the game and him and Shane O’Hanlon pressed high and Carrig took the lead shortly after. Robin again with a great strike to put us 2-1 up. Tommy Butler went on up top as we went in search of the third that would kill the game off and when he was through on goal he was brought down, Robin stepped up to bag his and the teams 3rd. 13 competitive goals in 8 games for the striker. Evan Rowlands was rewarded for his work shortly after, when heading home for the 4th. 4 goals in 13 minutes. Carrig saw out the last 12 minutes well to put ourselves right back in the hunt for the title. Special mention to Dan Fawsitt, Jack Scully and Mark Daly for very good performances but MOTM goes to Robin Ward for his second hat-trick this season.

Player of the Match – Robin Ward