The Carrigtwohill Under-16’s had a tricky home tie at home to Youghal United on Sunday last on a bright February morning with a stinging easterly breeze. Both teams were very familiar with each other, with Youghal having a comprehensive victory in the reverse fixture last September and the teams playing out a 3-3 draw in a friendly last December. It was Carrigtwohill who faced into the breeze and there were chances created on both sides in a competitive opening quarter. However, it was obvious that the home side were on their game.

The opening score came on 20 minutes when after some neat work from Robert Adam, he found the back of the net with a clever finish. Youghal did have the home side on the back foot from two very dangerous corners but Carrigtwohill struck once more just before the break when Abdul Rahim prodded the ball home after good work from Darragh Hoare in the penalty box. 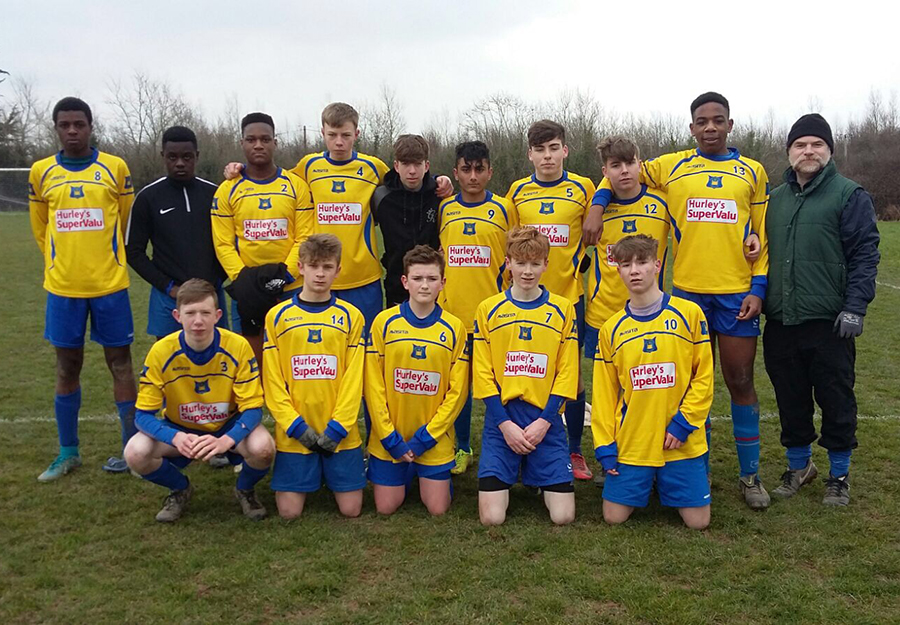 The home side were in a good position now, two goals to the good and the stiff breeze to their backs in the second half but things do not always go to plan. Although Carrigtwohill had most of the possession and territory, they were finding it difficult to create clear cut chances and as the match wore on, Youghal became more dangerous on the break. Entering the final quarter of the match, Youghal nabbed two goals in quick succession. The composed defending from the back four had been a feature of the match but the clinical away side scored from two uncharacteristic mistakes. So two goals apiece and 15 minutes to play and who would blame Carrigtwohill for being downhearted after such a fine display. However, great credit is due to them for upping their effort and pushing ahead to score the winner. Not for the first time, it was Anesh who was to come up trumps when he latched on to a clever through ball to calmly slot the ball home to score the winner to the delight of team and supporters at Ballyadam.

Some superb performances on the day from the Carrigtwohill lads, but this match was won in the middle of the park. The midfield trio of Darragh Hoare, James Barry and Abdul Rahim were the basis of the victory as they won tackles, made runs and controlled the midfield area.

Player of the Match; James Barry