Carrig’s 16s recorded their first league win this season with a hard fought 1-0 victory over Blarney in Ballyadam. Carrig started strongest with a lot of possession, Blarney grew into the game however and showed a determination that Carrig were finding it hard to match. An unfortunate injury to Hugh O’Neill meant a few changes in positions were required and this gave Blarney the upper hand coming close on a couple of occasions. 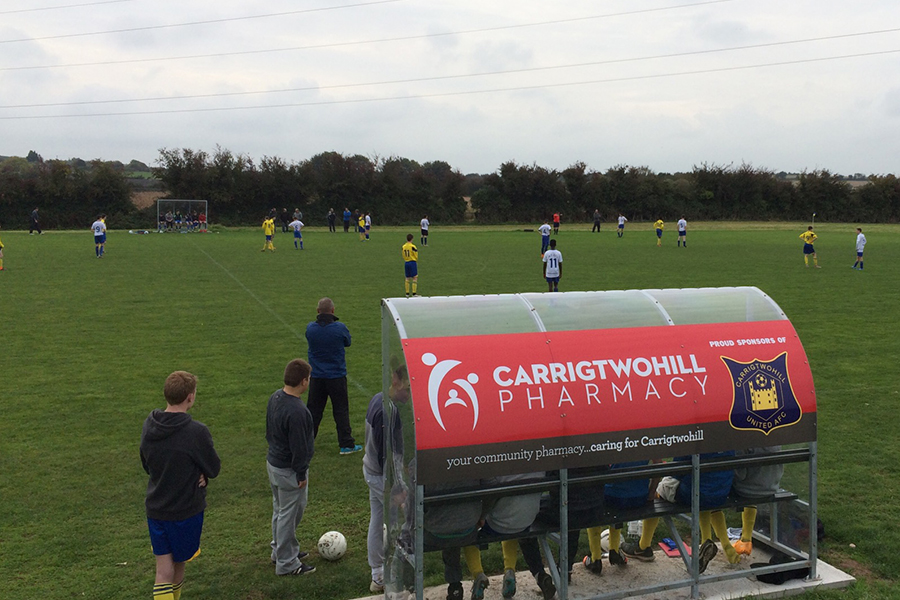 Carrig started the second half better again but this time continued to dominate the game, showing far more hunger and determination, Mark Daly coming close on a couple of occasions following good work from Tristan Horgan and Jason Collins. At the back we were solid despite more changes due to another unfortunate injury to Shane Waters, Blarney rarely tested Kudzai on goal. Sean Crowley and Jack Scully came off the bench to good effect however to keep Blarney at bay. The breakthrough came with ten minutes to go, Tommy Butler latching onto a through ball and firing into the roof of the net. Carrig held on in the end as Blarney pressed on, heading over from a corner in the 4th minute of added time.