Under-15 Girls at Whitegate

On Tuesday 29th March, Carrigtwohill u14/15 Girls travelled to Whitegate to take on Corkbeg Girls, on what was a lovely sunny evening for football.

An extremely entertaining game of football was played out by both sides, with Carrigtwohill eventually winning out through goals by Sophia (x3) and Amelia (x2). The game was very evenly contested with some great skill and endeavour shown by both teams.

Carrigtwohill took the lead early on, but Corkbeg worked hard to come back twice to draw the game level. Well into the second half (with the scores level) Carrigtwohill again managed to get a foothold on the game to take the win.

It’s hard to believe that most of these girls only started playing team soccer around 8 months ago, as the development in all the Carrigtwohill players has been unbelievable, which all contributed to a very enjoyable and competitive game. It’s brilliant to see the enthusiasm and commitment shown by all these players for their sport. Well done Girls!

Special thanks to Corkbeg AFC,  and in particular Paul, Jim and the crew, for their friendly, like minded approach & philosophy.

Player of the match goes to Sophie Clarke, for all her hard work in attack and defence and her skilful play on the left wing. Well done Sophie 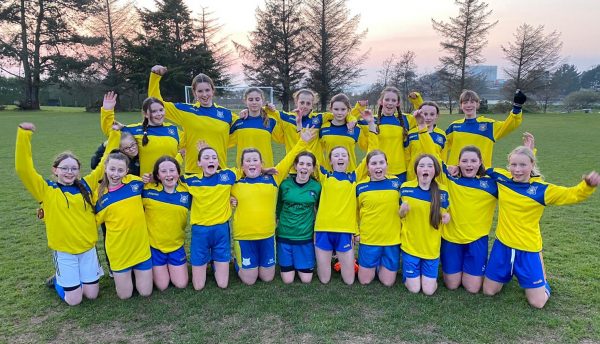