Carrigtwohill United Under-15A travelled away to Mogeely for an early kick off after having a long break since their last game.

The game started with both teams getting to grip with a heavy pitch and after 6 minutes a shot from edge of the box slipped through the Carrigtwohill keepers hands to give the home side the opening goal. The visitors took a while to get their confidence up and on the 26th minute they had their best move of the game so far – great link up play with Ali and Rory. Rory played Kevin in who hits a fine shot resulting in a great save by the Mogeely keeper and it was 1-0 at half-time

Soon after the second half started Carrigtwohill were rewarded a penalty – a lifeline ! Rory got the nod and calmly slotted the ball into the corner of the net. Game on

In the 52nd minute, a free kick on the left 35 yards out taken by Daniel C broke to Rory who held off the defender to smash the ball into the net.

The next 20 minutes was tight. Yet another free from Daniel C in a similar position and this time Kevin’s perfectly timed run saw him meet the ball in his stride and slot the ball past the keeper. 3-1

A shake up in positions before the restart saw Adam coming on for Ali and Kevin dropping to  midfield. In the 60th minute, a fantastic through ball from Rory to Kevin found Kevin’s shot hitting the post but Adam was alert and followed the shot in to slot the ball into an empty net.

Captains were Rory and Kevin with Rory a well-deserved MOTM.

Player of the Match: Rory Dolan 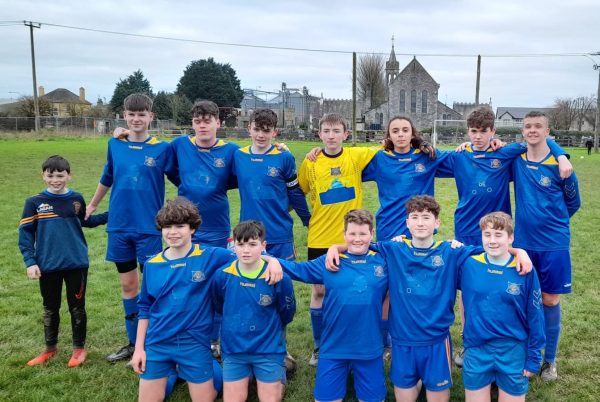