Carrigtwohill United Under-15A played Castlecormac and started well having all the possession. They deservedly took the lead on 11′ when Rory played Kevin in and his shot was saved by their keeper who spilled the ball and Adam was quick to follow in with a strike, the ball hit the post and went in.

20′ on the clock and a corner from Daniel C was neatly tucked home by Daniel Mac. 2-0 Carrig.

49′ and a corner ball from Daniel C was whipped into the six yard box and the ref saw a foul on Daniel Mac and he awarded a penalty and a straight red to their player. Daniel mac neatly slotted the penalty away. 3-1.

51st minute and another free from Daniel C finds Rory whose deft feet allowed him space to side foot the ball home. 4-1. At this stage, Carrigtwohill lost their guile and started show boating, laughing at opposition players and not passing the ball and looking to score themselves. Kevin was petulant and would have been carded and/or sent off and Pat rightly took him off to cool down.

56′ minute and Daniel mac completes his hattrick after a neat build-up from the back line through midfield and playing Daniel in on goal. 5-1 58th Carrigtwohill’s concentration level dropped, losing possession and the visitors score a consolation. Final score 5-2.

Motm was Wesi. Honourable mentions for both Daniel’s, Shane and Rory, and vital support as always from our U14 lads Cillian Rooney, Roan O’Keeffe, Jarlaith Cullimore and Morgan Foley

Player of the Match:- Wezi Mkhandwire 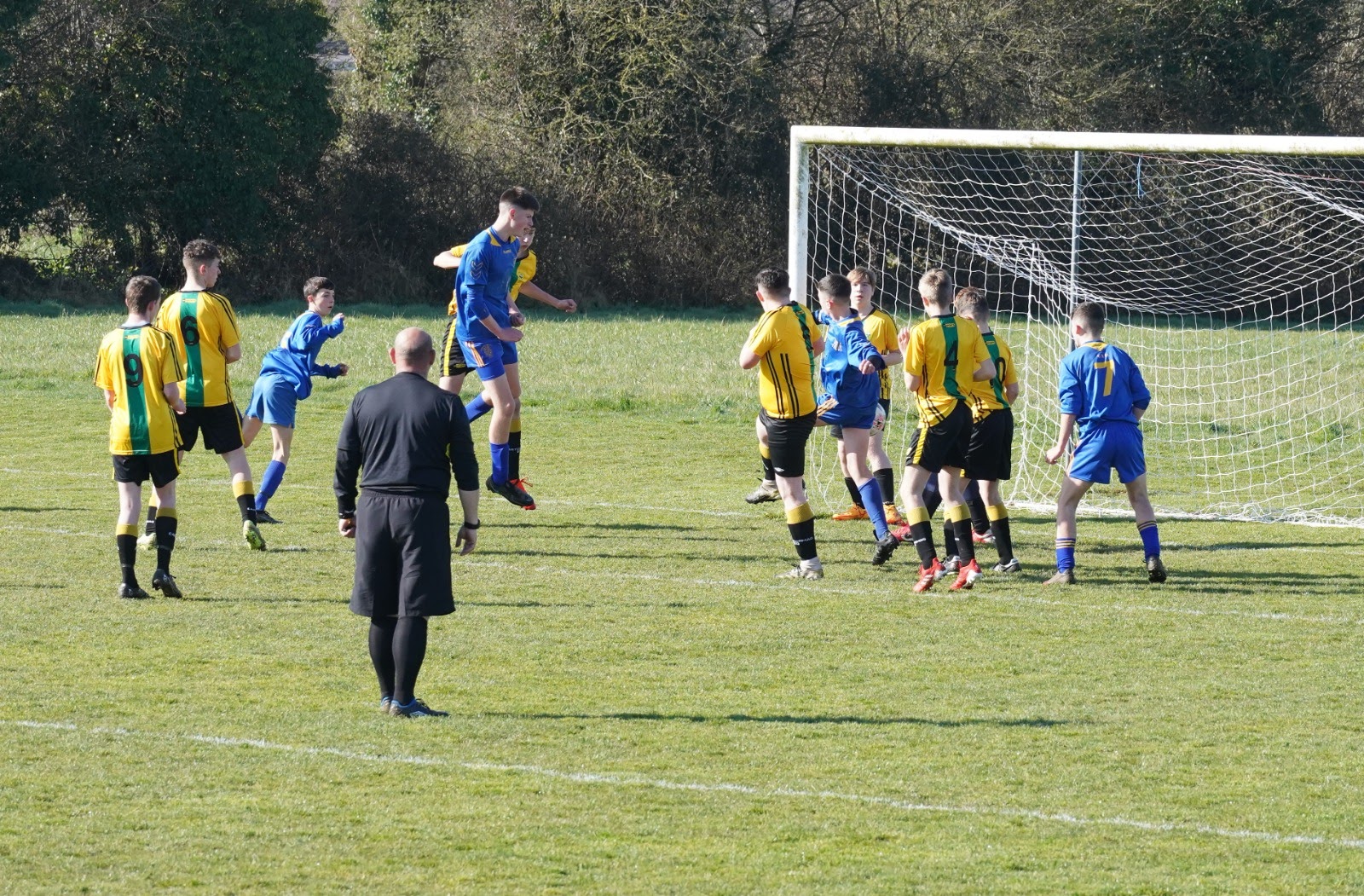 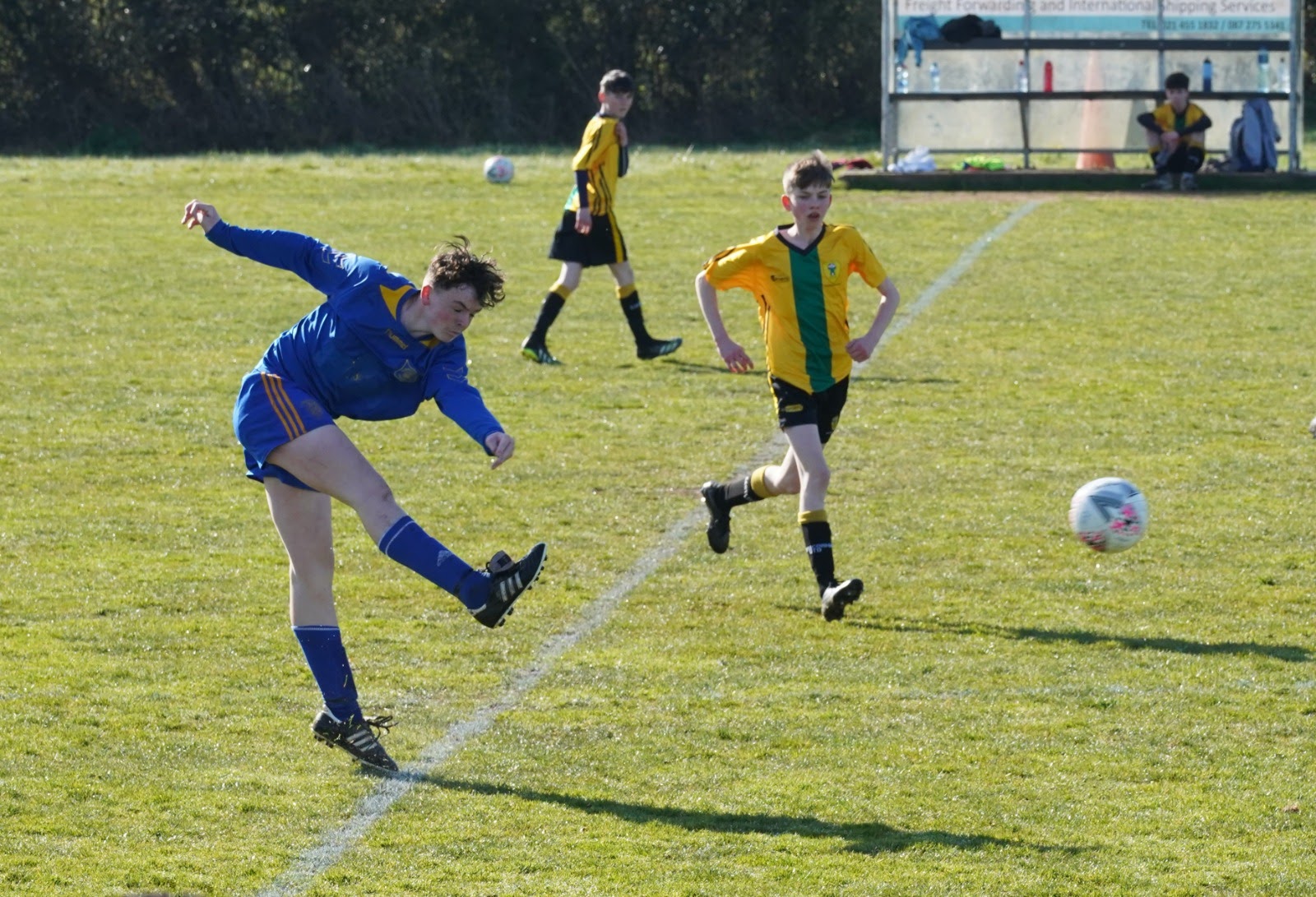 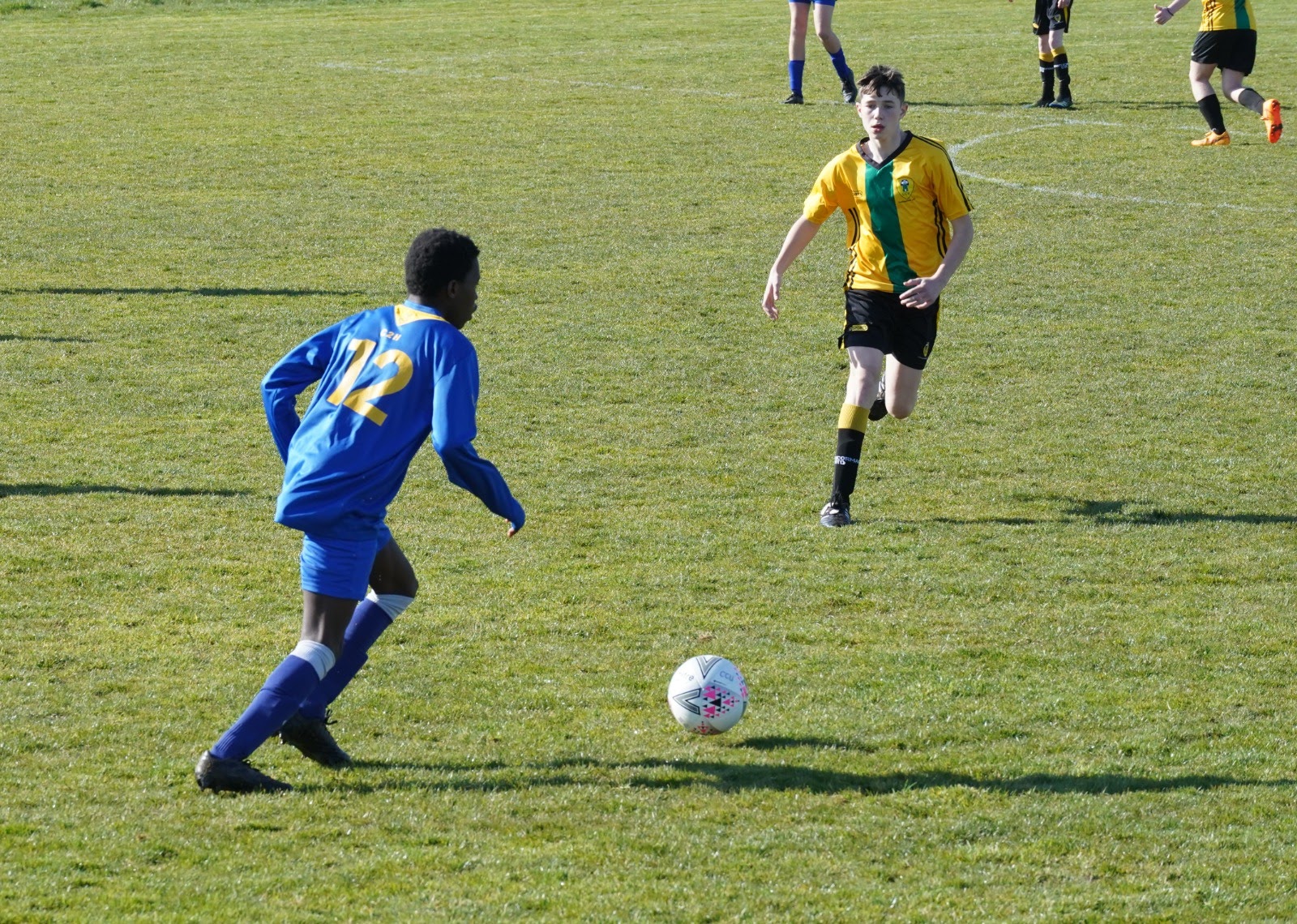 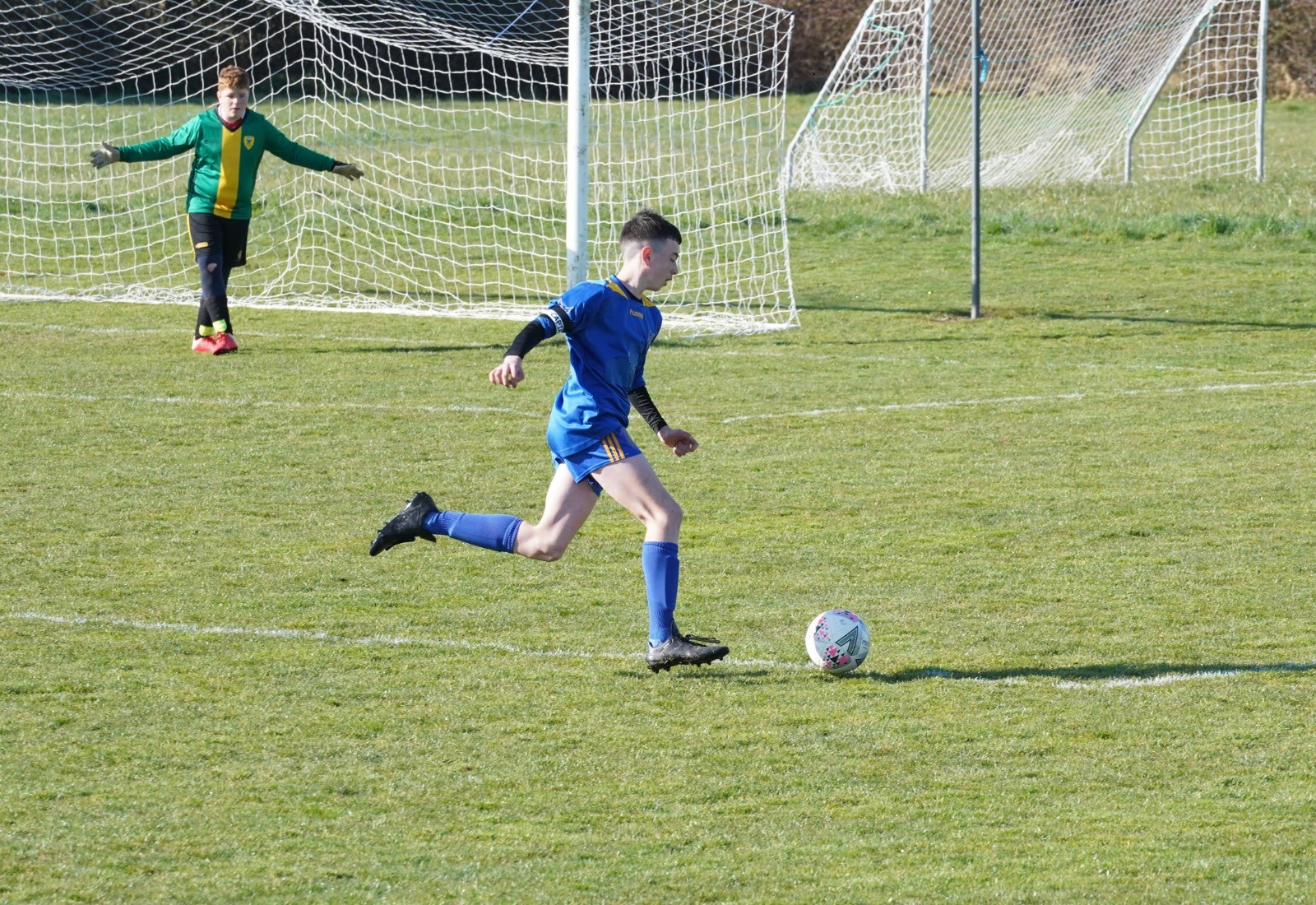 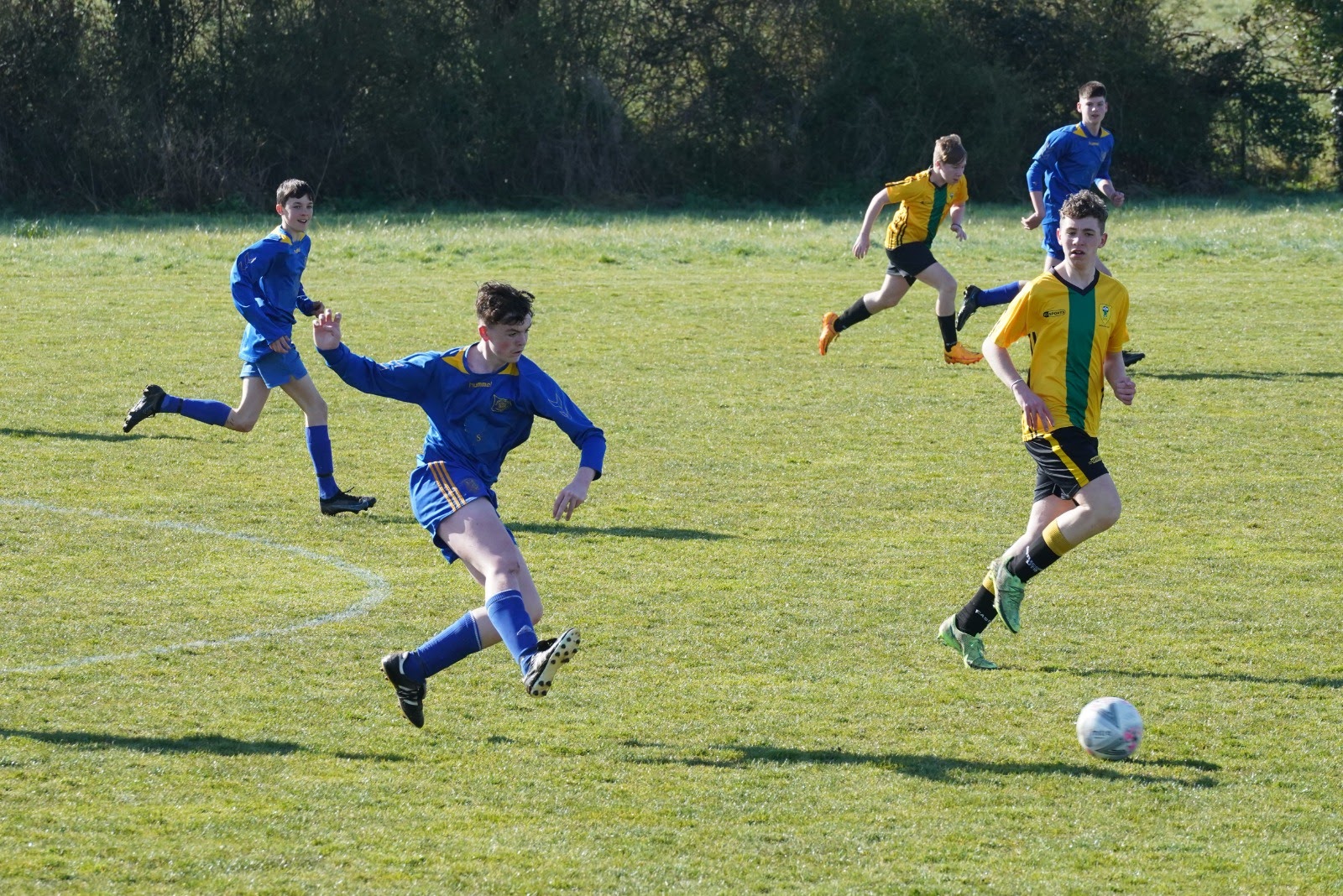 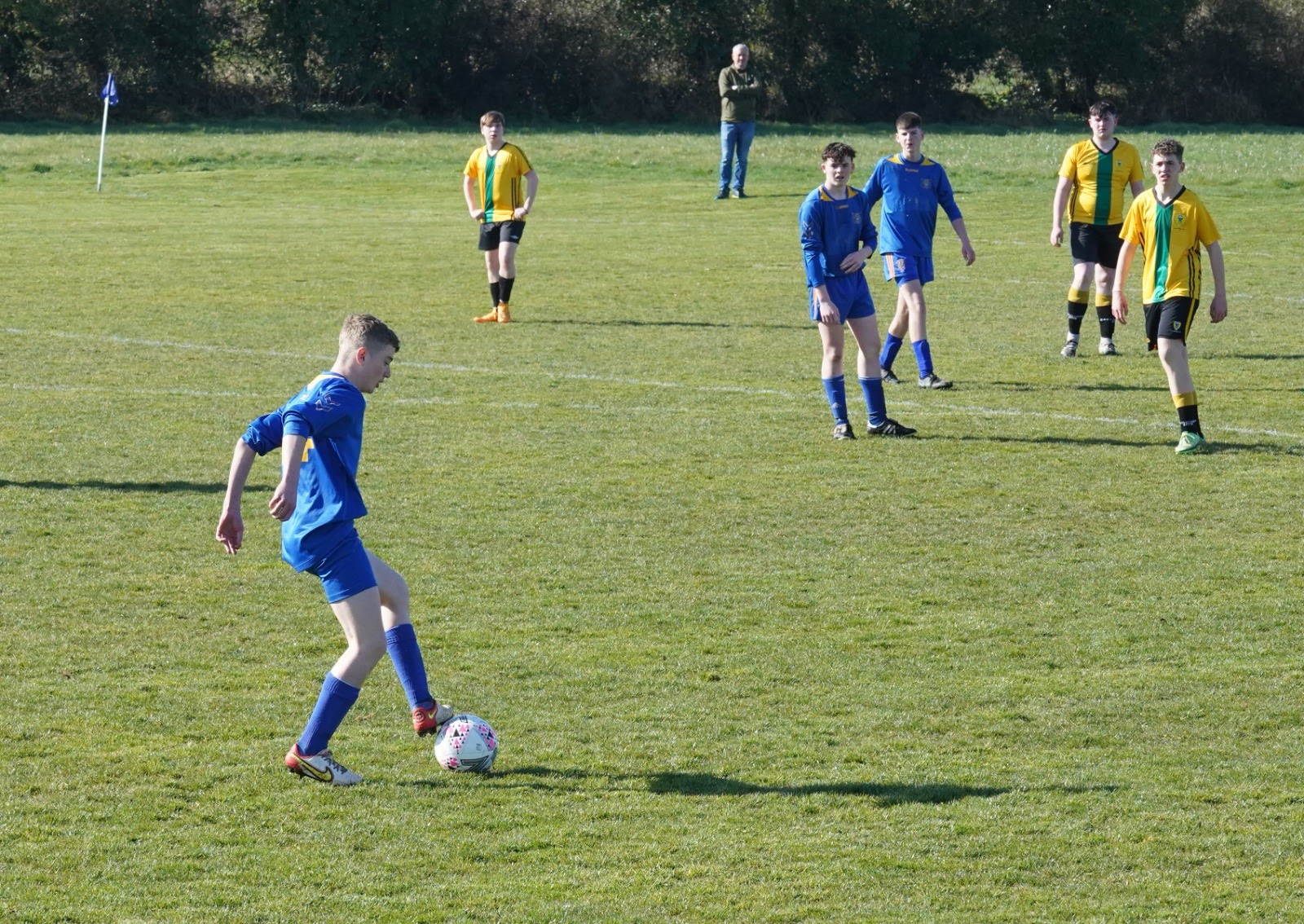 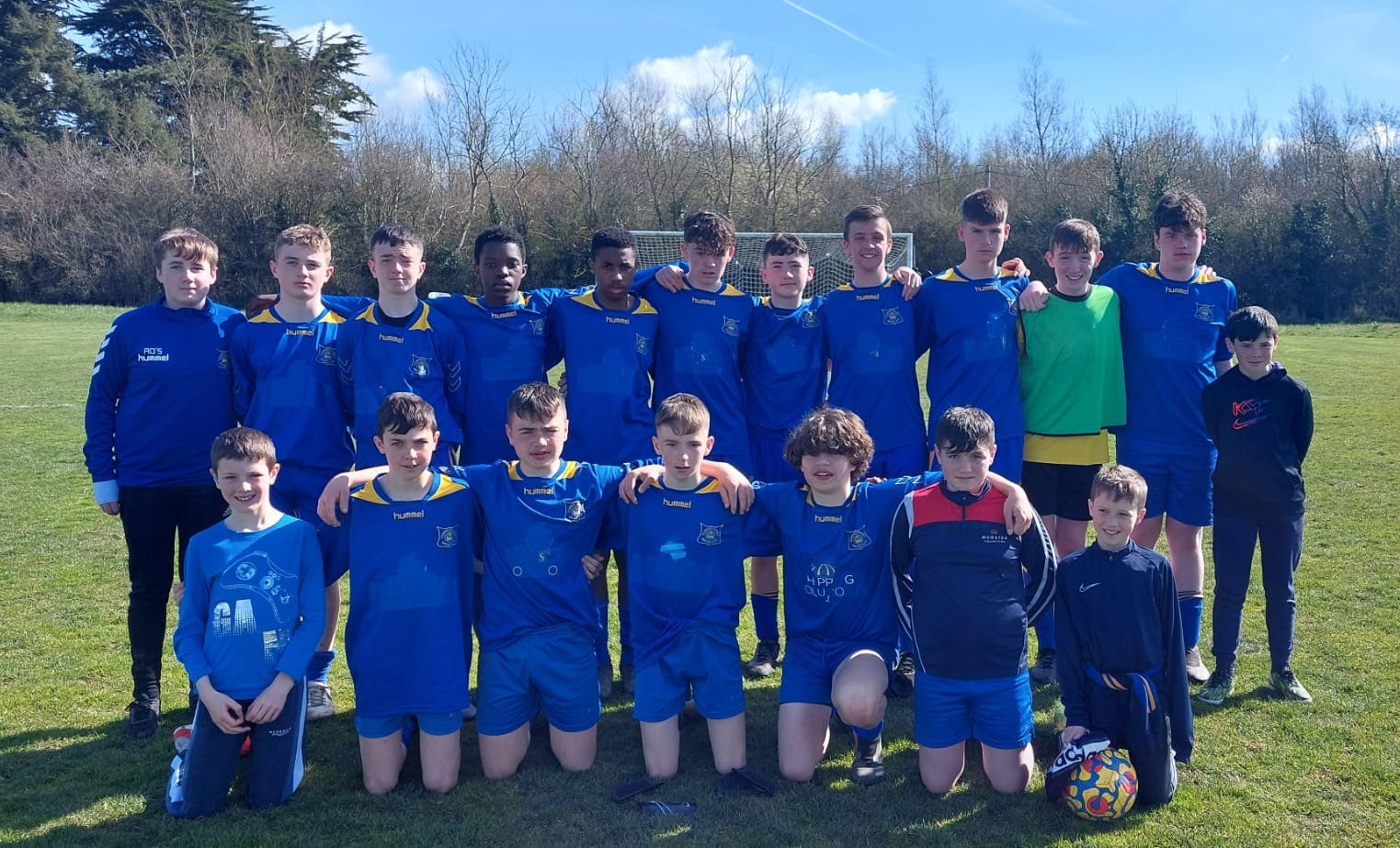