Under-15 CSL Div 4 at Corinthians Park

Carrigtwohill Under-15A travelled away to Corinthians looking for their 3rd successive win of the season. Having previously came away with a narrow 3-2 win at Under-13 level, they knew it was going to be a tough game with both teams now in division 4 as Corinthians had been promoted to Div 4 that year.

The game started with both teams sharing possession, utilising their left side equally.

Back 4 of Shane, Jakub, Callum and Alex did a good job protecting the goal held by Cillia while the  centre midfield trio of Rory, Brian and Cian were busy from the start trying to get Kevin on left wing and Daniel C on right wing some decent runs to play in Daniel MC in his lone striker role.

However, the few chances were thwarted by the home teams solid defensive back 4.

Carrigtwohill decided to change things up after 20 minutes and went to 4-4-2. On came Kieran to left wing and George went up front. On the 26th minute the striker was played in with a high ball from Callum and Daniel Mc calmly chipped it passed the oncoming keeper to take the lead.

But, Corinthians kept the pressure on down their left side keeping Shane very busy.

The home side had a chance of their own when their no 8 gathered a cleared ball at edge of the box and had a lovely strike which luckily kept climbing over the crossbar.

Carrigtwohill got a few corners in quick succession putting even more pressure on the defensive 4m one of which ended up with an opportunistic goal for Carrigtwohill. The ball was sent back into box and their keeper couldn’t keep hold of it and it was headed back out by Kevin and onto the foot of Daniel MC who lobbed it over the keeper who was off his line at this stage.

2 goals up at the break although Corinthians were not too far away from the score sheet.

The home side having the wind advantage in second half they came out strong but superb keeper Cillian wasn’t letting them get back into the game The game changed again and Carrigtwohill started attacking down the right again with substitute Jordan combining with Brian to play in Daniel MC down the right who crossed a great ball to far post for Kevin, but the ball was just out of reach to take any comeback away from Corinthians.

The remaining 15 minutes was crucial and Carrigtwohill went back to a defensive line up with Adam helping the midfield area. In fairness to the home side they kept attacking, but could not get anything from the game.

Game ended with Carrigtwohill taking the 3 points from a closely contested game.

Player of the Match: Brian Healy 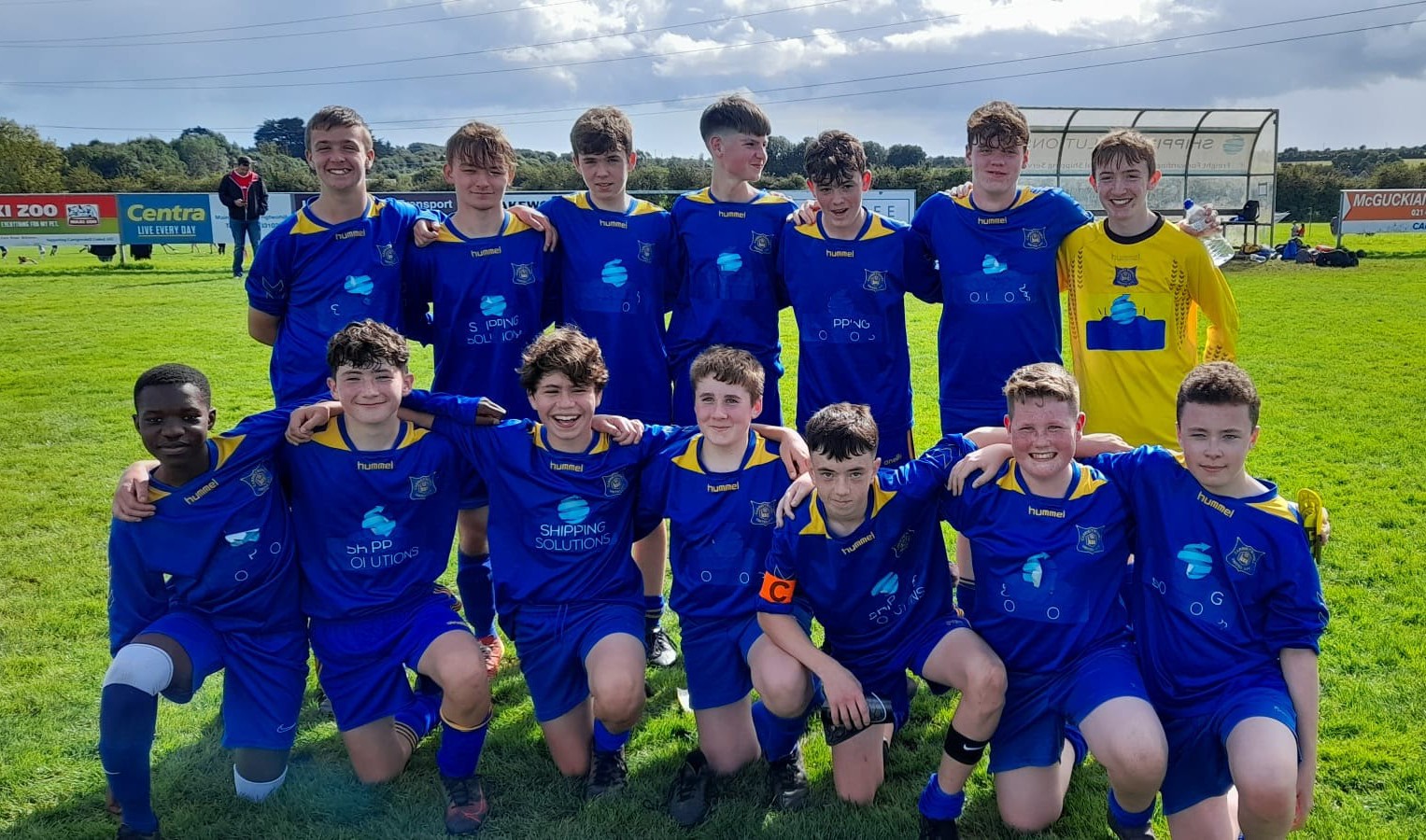