After a couple of disappointing results recently, Carrigtwohill headed into a difficult away tie against Carrigaline last Saturday morning. A good result was required to keep pushing in the league and the squad knew a big effort was required.

It was the home team that started brightly as it took Carrigtwohill some time to get going. Carrigaline had the lions share of possession and territory but were unable to turn this into chances as the Carrigtwohill back four were playing superbly. Meanwhile, Anesh Swani and Evan Donnelly were creating chances on the break at the other end. Scott McCarthy, playing in midfield was having a superb match and with Darragh Hoare and Daire Sullivan commanding in the back line, Carrigaline had just one gilt edged chance in the first half – a near post shot which Darren Flynn in goals was able to deal with superbly. Half-time was an opportunity to take stock of the match and a few switches were made – with Robert Adam moving up top as striker and Conor Carroll coming in at left back for the injured Ronan Ymedi who had an excellent first half. 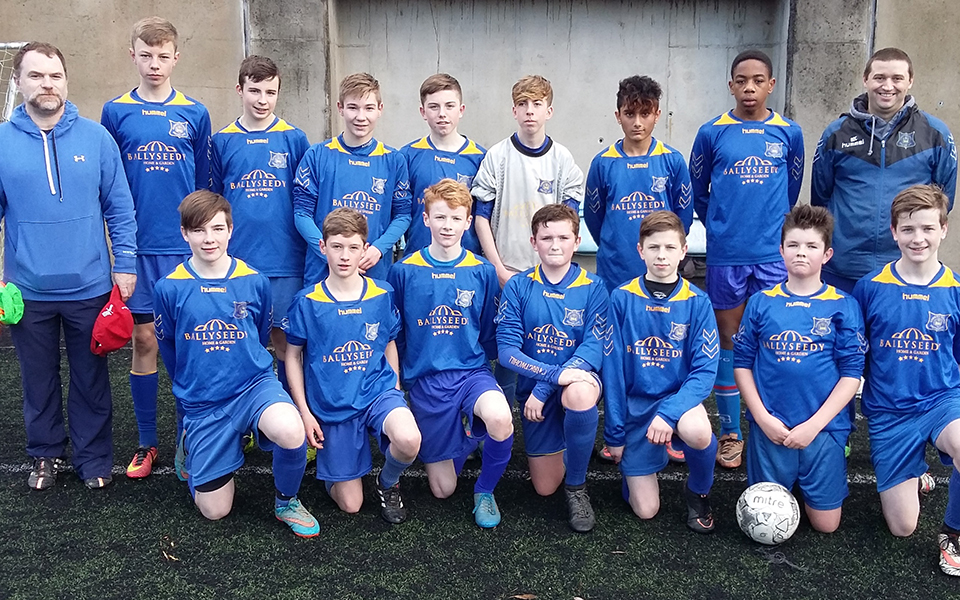 The second half was played at a very high tempo and credit to both teams for the entertainment. However, as the match progressed, it was Carrigtwohill who were taking control in all areas of the pitch. In an effort to provide more penetration, Darragh Hoare moved to midfield and immediately his influence resulted in two good chances with the Carrigaline keeper pulling off a full length diving save from Robert Adam’s pile-driver. Darragh Cullinane, now operating on the right wing was causing all sorts of problems and Carrigtwohill were awarded 5 corners in the second half as the Carrigaline defence were all hands on deck to keep Carrigtwohill at bay.

Despite a frantic last 10 minutes, it seemed that the goal would not come for Carrigtwohill. Two very narrow offside decisions, two strikes against the woodwork and two clearances off the line from headed corners – the pressure was intense. As the match clock moved into the final minute, Carrigtwohill won yet another corner. Anesh swung in a dangerous ball but as James Barry rose to meet the ball, he was forcefully pushed in the back by the defender and the referee awarded the clear penalty. Cometh the hour, cometh the man – Robert Adam stood up to take the final minute penalty which he expertly dispatched into the top left hand corner of the net to rapturous celebrations.

It was an exciting finish to an enthralling match and was a complete 14 man squad effort which showed the depth and ambition of the squad.