This was an early start for Carrigtwohill Utd Under-14A for a league game away to Strand United. A strong opening from Strand saw some pressure being put on the Carrigtwohill defence but some great goalkeeping from Cillian early on kept them at bay. When a shot got past him it was cleared off the line by Luke.

Shortly afterwards, Daniel Cunningham sent in a great cross to be attacked by the forward’s and this seemed to settle Carrigtwohill as Kieran had a great shot at goal, only for it to be covered by the Strand keeper.

After a few positional adjustments Adam flicked on a through ball for Daniel Mc to finish into the bottom corner for Carrigtwohill’s opening goal. The lads dug in and started to take control of the game with the midfield of Cian, Rory and Brian controlling the game in the centre of the pitch.

In the second half, it was Carrigtwohill who started strongly and kept pushing Strand back into their own half. An energetic Kevin ran down the left wing and received a give and go from George which he finished calmly around the keeper in the bottom left of the goal.

2 nil up and Strand began to throw everything at the visitors but their midfield and defence held strong. Alex was playing as right back and Jacub left back and both had to absorb a lot of pressure down the wings. It was a tough game but Carrigtwohill showed some great team spirit and resilience to go on and win this game that keeps them at the top of the table and fighting hard to push on to try and win the league.

Man of the match: Luke O’Sullivan 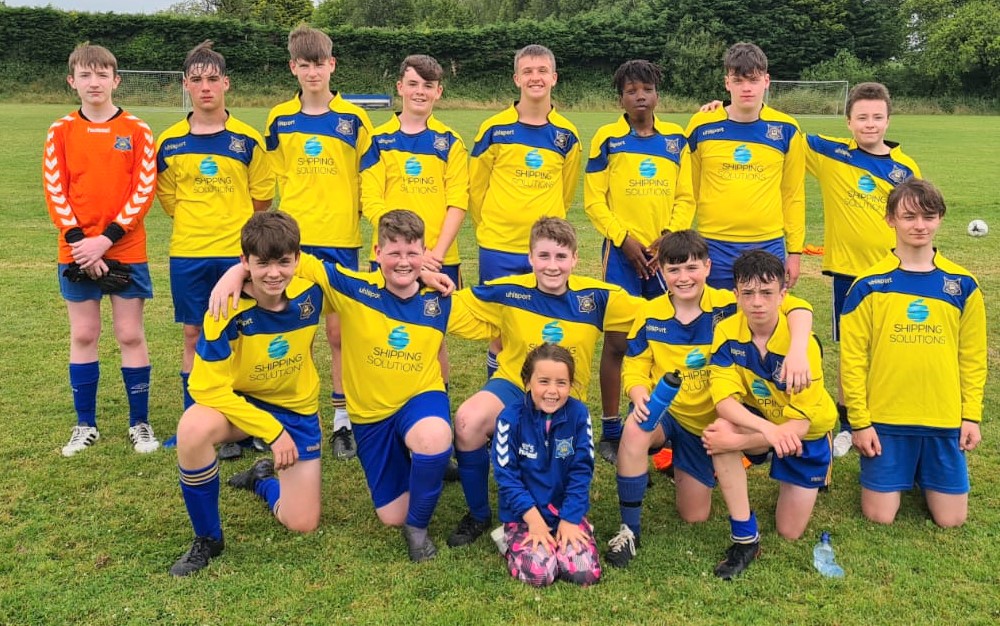