Carrigtwohill United Under-14A resumed their league campaign at Ballyadam after a narrow defeat in the Local Cup 3 days beforehand. They hosted their local rivals Riverstown with whom they have had great battles with over the last few years.

The coaches believe that preparation is key to a good performance, and everything went as planned.

Within 10 minutes they opened the scoring through Daniel Mc who never lets the team down with quality goals as always.

The next 20 minutes of goal poaching was a sight to see. A penalty smashed into the back of the net from Luke, a second from Daniel Mc which was a superb display of team passing involving 4 players and a goal from striker Kieran. Then just before half-time Daniel scored his hat trick.

Goals don’t come on their own and they had some great assists and through balls from both wings, midfield and even from last minute stand in keeper Cillian.

Riverstown were under pressure and welcomed the half time break with open arms. Carrigtwohill brought on players from the bench and continued in the second half as the first had ended

The coaches asked the lads not to get complacent as anything can happen at this level of football. The most improved player this season Adam opened the scoring with a sweet strike from 18 yards giving the keeper no chance.

In fairness to Riverstown they kept playing on and had a few chances to test new keeper Cillian, who dealt with the threat very well.

Trying out some new positions, central defender Luke had a go in the middle of the pitch and soon went on a great run skipping past players and finished with a powerful near post shot.

3 more goals followed, Adam who calm as you like slotted it last the keeper, Rory ran onto a great slide pass from Adam to score a much-desired goal and Kevin was at the right place on the 6 yard box to end the scoring for the day.

Man of match today could of went to many players, but Kevin Jones on the left wing and up front had a super match, great attacking runs and crosses into the danger area, getting his well-deserved goal also.

Thanks to the coaches and to the support

Player of the match : Kevin Jones 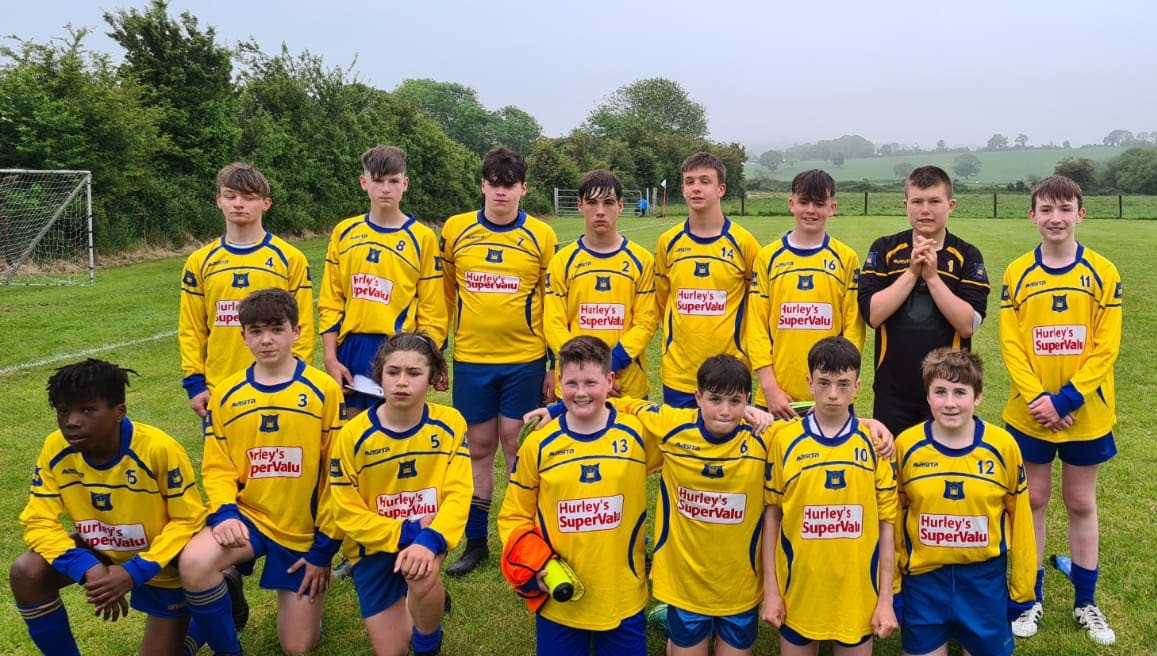