U14 V Mallow Town
11th June 2021
Under-14 Cup at Mallow
Mallow Town – 3
Carrigtwohill United – 1
It only took a corner kick, a free-kick, and a penalty to boot Carrigtwohill United out of the local cup. What a contrast to a wonderful team goal scored by Carrigtwohill from open play.
Carrigtwohill started with the same approach as in the recent past playing from the back and utilizing the wings where Rian Thornhill and Alex Lombard were up against very tall physical wingbacks. The difference in size was pretty evident, only 5 minutes into the match as Carrigtwohill conceded a corner kick. From the resultant corner kick, Mallow striker outjumped defenders to nod in at back post. The bumpy pitch made it difficult for Carrigtwohill to hold on to possession as they conceded fouls in dangerous areas trying to regain possession.
With water break approaching Mallow got their second from a free just outside the box. This proved to be a sucker punch as Carrigtwohill were now getting back into the game, as Leslie and Ethan in the middle were finding in routes going into Mallow’s half. As the battle in the middle raged on Leslie lobbed a pass on to Leroy that he controlled with his shoulder before sliding the ball in for an on-rushing Rollie who finished with aplomb. From then on Carrigtwohill looked like they were going to cause an upset against the premier league leaders.
Cruel as it might be, the second half came with another lacklustre performance in defensive areas that saw Carrigtwohill concede corner after corner before they gave away a cheap penalty. From the resultant spot-kick, Mallow went 3-1 up. Despite spirited efforts by substitutes Cian O’Sullivan, Noah O’Neill, Roan O’Keeffe, and the front 2 of Rollie and Leroy were isolated and chances were too scarce to break through the heavily built backline for Mallow.
It has to be mentioned that the 3 young lads from Under-13’s, Roan O’Keeffe, Rian Thornhill, and Evan O’Reagan stood their own against the big Mallow lads. On to the league as Carrigtwohill left a good impression in the Quarterfinals of the local cup.
Man of the match deservedly went to a player who week in week out, plays from his heart keeping Mallow shut out from testing our keeper from open play. That defender is none other than Colm Harte.
Player of the match : Colm Harte 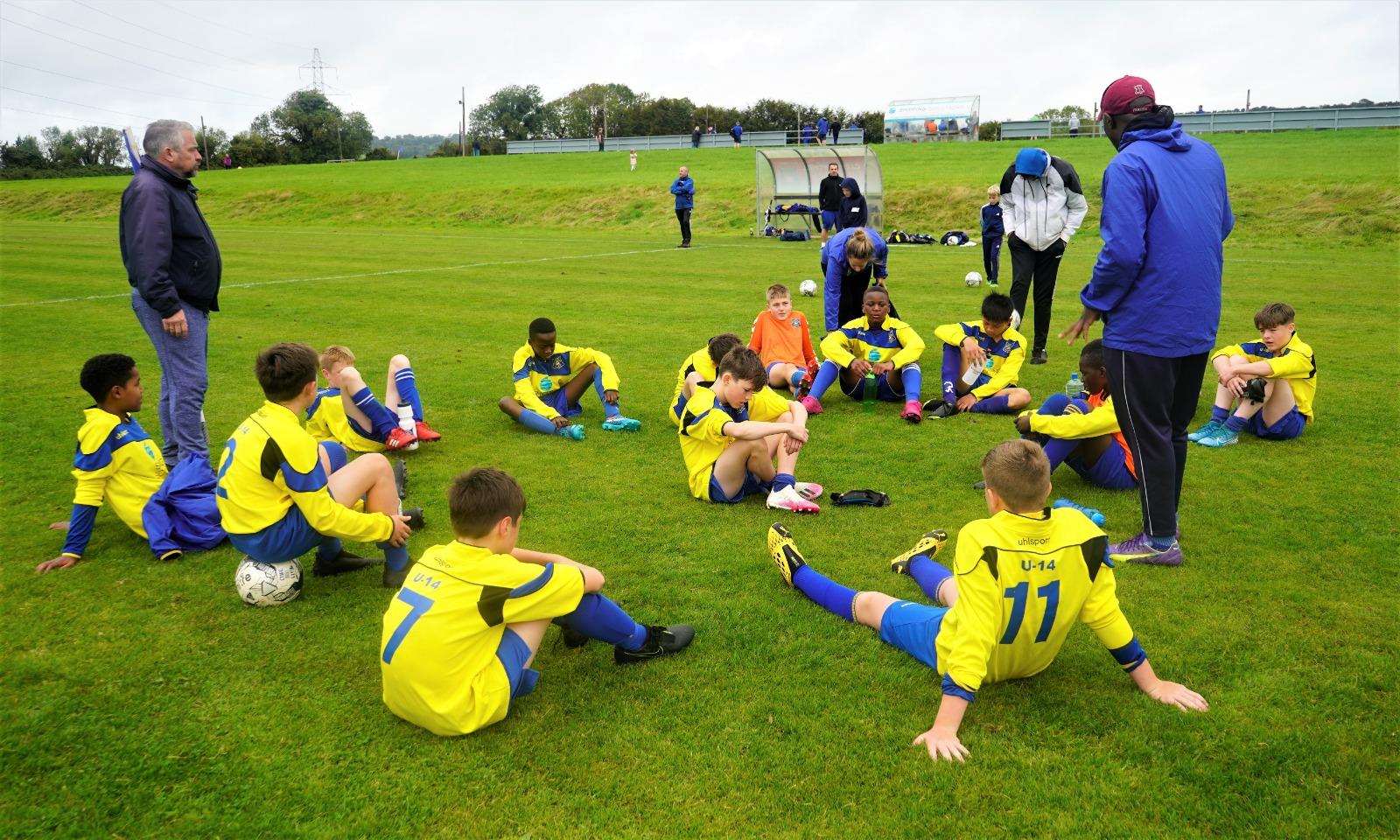