Carrigtwohill travelled to Passage for a Friday night game under the lights. Following a hard fought victory they advanced to the quarter finals of the U13 Shield.

The sun was shining and the facilities in Passage were in Pristine condition. This was a real battle between two very determined and evenly matched teams.

Carrigtwohill started with Emily in goals, a back four of Megan, Sarah, Caitlín and Alex. Midfield was Sophia, Maedhbh, Anna and Niamh. Up front it was Lilly and Amelia.

Carrigtwohill struggled to get into any sort of rhythm early on and both teams were showing their defensive qualities. Midfield was a real battle ground with neither team prepared to give an inch and as a result there were not many attacking opportunities. Carrigtwohill were getting very little change out on the wings and seemed to fall into a trap of playing too narrow which is alien to their normal game. Carrigtwohill’s rhythm was further disrupted when the referee would not allow Amelia to continue with earrings on. Karla Edwards was introduced for Amelia and battled hard in an unfamiliar role.

Eventually Sophia Redmond opened the scoring in the ninth minute with a superb goal but try as they may they Carrigtwohill could not score a second before half time. And Carrigtwohill did try hard, the closest they came was when Caitlín Egan came up for a corner and nearly scored but her shot was saved on the line by a resolute Passage defence.

The lights were on for the second half and this seemed to act as a Catalyst for Carrigtwohill who were now winning most battles around the pitch. Anna Madden and Maedhbh Carroll must have covered every yard of the pitch. Eventually Anna Madden got Carrigtwohill’s second goal six minutes into the second half. It was just reward for a player who never lets her standards drop and who always plays with a smile on her face.

Carrigtwohill introduced Brooke, Majka, Claire, Ellen and Amelia to add fresh legs to proceedings. Again Passage pressed hard but could not find any opening in the Carrigtwohill rear guard.

Sophia added her second goal on thirteen minutes and completed her hat-trick two minutes before full-time.

It was relief all round for Carrigtwohill as the score line of 4 nil flattered them slightly.

Player of the game for the way she marshalled the defence was Caitlín Egan but Megan Walker (who had her best performance yet in a Carrigtwohill jersey) and Alex O’Flynn pushed her hard for the award.

A place in the quarter finals has been deservedly secured 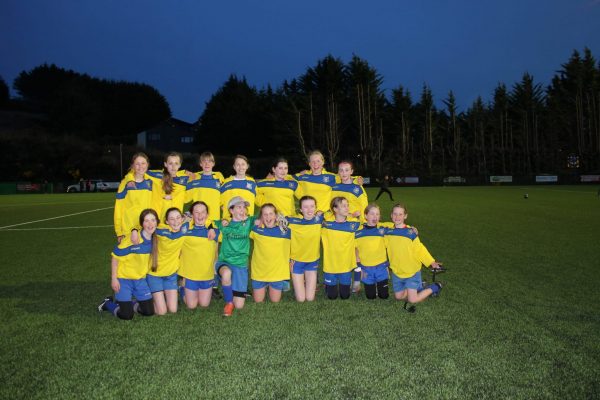 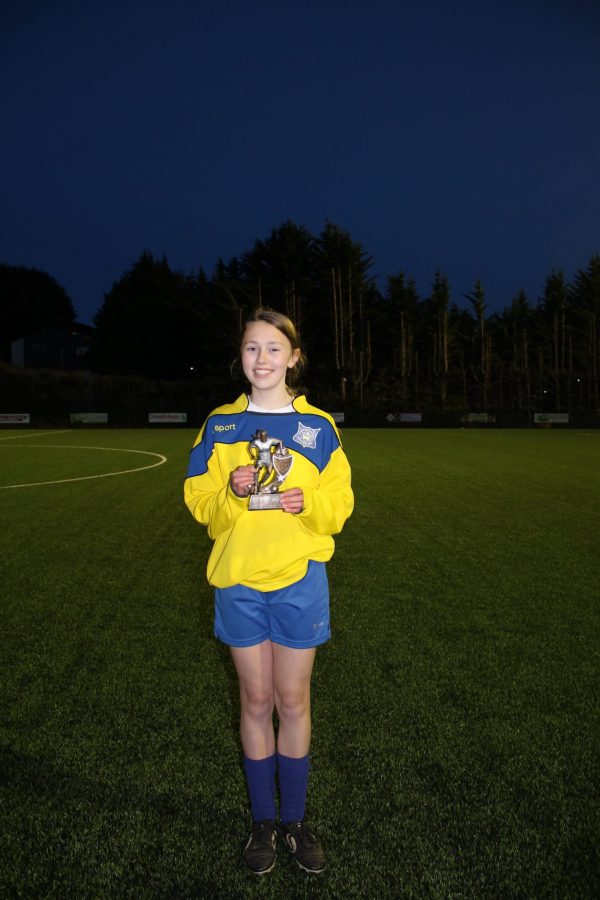